A climate-change focused activist hedge fund with a USD 53 million position in Exxon (representing approximately 0.02% of the company) has acquired at least two seats on Exxon’s twelve-person board after a contentious proxy fight. This is a first for a company the size of Exxon, which has a market cap of approximately USD 250 billion. The activist persuaded influential players such as BlackRock, CalSTRS, ISS and Glass Lewis to support its candidates. The fund’s success appears to mark a sea change in energy companies’ accountability to climate-focused investors, especially when considered in combination with a recent Dutch court’s ruling regarding Shell’s obligations to meet internationally agreed-to climate objectives.

Exxon has frustrated climate activists in recent years by doubling down on its bets on traditional oil, even as its competitors have diversified aggressively into renewables and other climate friendly technologies. Most famously, former CEO Rex Tillerson led Exxon to invest heavily in Canada’s oil sands prior to leaving the position to serve as Secretary of State for the Trump administration. (The move was not only ecologically unfriendly, but it also turned out be a bad bet. Tillerson underestimated the pace of expansion of competitive fracking technology in the United States.) More broadly, Exxon appears to believe that renewable energy technology will remain the purview of wealthy countries, and that emerging countries will continue to create growing demand for traditional fossil fuels. 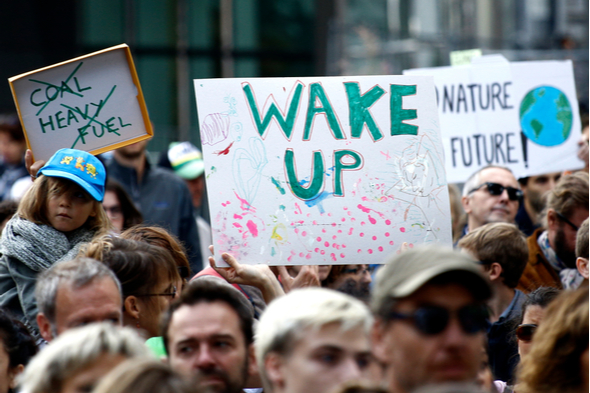 Until recently, dedicated climate activist investors and sympathetic funds had a well understood tool kit for attempting to drive change at energy companies. One main tactic was to force a vote at the company’s annual general meeting on a non-binding proposal that would push the company to draft a report on its climate-change related activities. The votes were narrowly drafted by the climate activist investors’ lawyers to avoid any language that would allow the company to omit the vote from the annual general meeting. The votes would typically not pass, and even where they would pass, they would not require the company to actually publish the report, let alone to take meaningful steps to mitigate their harm to the climate. But nonetheless it was often hoped that the votes could have the effect of shaming the company into some type of improvement regarding climate-change related practices. (For example, just recently, Chevron’s investors approved a non-binding resolution directing Chevron to not merely write a report, but to actually cut emissions. Despite being non-binding, the mere fact that the resolution passed generated substantial press and appears likely to significantly increase pressure on the company to cut its emissions.)

At Exxon’s annual meeting on Wednesday 26 May 2021, something entirely different occurred. A San Francisco-based climate activist investor, Engine No. 1, led a successful proxy fight to obtain at least two board seats on Exxon’s twelve-person board. (As of the writing of this article, Exxon has not finished counting the votes from the annual general meeting, and it may turn out that Engine No. 1 in fact obtained three seats.) Engine No. 1 first amassed an approximately USD 30 million position in Exxon (which had increased in value to approximately USD 53 million as of the annual general meeting, equating to approximately 0.02% of Exxon’s shares). Then, Engine No. 1 spent an additional USD 35 million waging a proxy contest seeking to replace up to four directors. Unlike seeking to include a non-binding proposal in the company’s proxy statement, waging a proxy war against the election of the company’s recommended directors requires developing and distributing a separate proxy statement and canvassing investors for support, which proved to be extremely expensive.

Engine No. 1 represents a new breed of climate activist investor, one that pushes companies to make changes not only for moral or altruistic reasons, but because the activist investors truly believe that the financial health and future of the company itself requires a pivot towards greener practices. Given the massive expenses Engine No. 1 incurred in waging its proxy battle, it appears unlikely that the fund will be able to return a profit on its investment in the short run. (Given that it spent more on the proxy contest than it did in acquiring shares, the stock would need to more than double for Engine No. 1 to simply break even. Exxon’s share price was already up dramatically as of the date of the vote, but not quite double the price at which Engine No. 1 acquired its shares.)

While it is not yet clear if this type of activism will be financially successful, it does appear that this type of investor will be able to garner support of institutional heavy weights. Giant money manager BlackRock supported Engine No. 1’s proxy bid, as did influential California teachers’ pension, CalSTRS. Proxy advisers Glass Lewis and ISS also supported the activist fund. That a climate activist investor actually obtained control of up to 25% of the board of a USD 250 billion energy stalwart speaks to the seismic shift in power dynamics underfoot.

In the wake of the recent Dutch Shell decision (covered by my colleague Joeri Kleins here [https://drs.deminor.com/en/blog/ground-breaking-victory-against-royal-dutch-shell-in-the-netherlands]), it is clear that energy companies’ old ways of doing business are facing serious headwinds. Deminor will continue to monitor developments and keep our clients informed.

END_OF_DOCUMENT_TOKEN_TO_BE_REPLACED

Could shadow banking stop the rise of China as a financial super-power?

Everything, or almost everything, has been said, written or lectured about the current financial crisis in the West: too much cheap money on the ...