Corporate wrongdoers be warned: the world is watching you!
SHARE
An eye for an eye… The law of retaliation or lex talionis is as old as Methuselah.

“Law of the jungle” vs. lex talionis

Although this basic principle of retribution might have a negative connotation nowadays, it used to be an appealing alternative for the usually disproportional “law of the jungle” which ruled our ancient world before we started living in more complex social groups. Contrary to the law of the jungle, Lex talionis entails a certain proportionality and legal certainty: no excessive punishment for a committed crime and a prescribed sentence. The concept soon became our conclusive answer to the instinctive need to disproportionally retaliate any wrongdoing we or the ones close to our heart suffered.

However, for lex tallionis to be successful as an organizational principle of more complex societies, law enforcement could not stay in private hands. Enforcing law by detecting and punishing criminality is a very delicate matter. Leaving it in the wrong hands could mean a return to the law of the jungle. Over time, this notion led to the development of the modern societies in which, according to Rousseau’s “contrat social”, individuals handed over their “natural” powers to enforce law themselves to public bodies doing it for them.

In exchange for handing over these natural powers, individuals do expect a better and fairly organized society in which they are better able to preserve their integrity.

But what happens if these public bodies installed by our governments fail to perform their basic tasks, or at least fail according to the vox populi? What if the government does not detect certain types of criminality (well enough)? What happens if certain crime remains unpunished while society believes it suffers from it?

Individuals might then get the idea that they would be better off if they would enforce law themselves again. Society, or certain sub-groups of society, might then (implicitly) annul the “contrat social” and take back the powers they first attributed to governments by turning to vigilante justice. Impossible? Not really!

An example of this happening right under our noses is the hackers collective Anonymous. With cyber-attacks performed by its thousands of untraceable members, Anonymous inter alia fights online child pornography by publishing names of offenders and by taking down webpages and hacks jihadist websites and accounts on social media. Another example of an organization turning to — or at least facilitating — vigilante justice is WikiLeaks, which operates under a more passive model by guaranteeing a secure and anonymous online platform for sources (e.g. whistleblowers) to leak confidential or sensitive information to the public. Both organizations have proven themselves to be resilient when it comes to prohibiting or controlling them.

The activities of the two aforementioned initiatives mainly relate to subjects that trigger strong public emotions such as war crimes, corruption, spying by government authorities, child pornography and discrimination. Financial scandals, however, can also count on their attention, although on a more limited scale. WikiLeaks published sensitive information about alleged irregularities at Swiss bank Julius Baer, Barclays Bank, JP Morgan and the Icelandic Kaupthing Bank that was bailed out in 2009. In its turn, Anonymous disclosed sensitive information about Bank of America and its operations. In these cases both WikiLeaks and Anonymous believed that inside information should be made public in order to identify and correct certain forms of malpractices conducted by these companies. 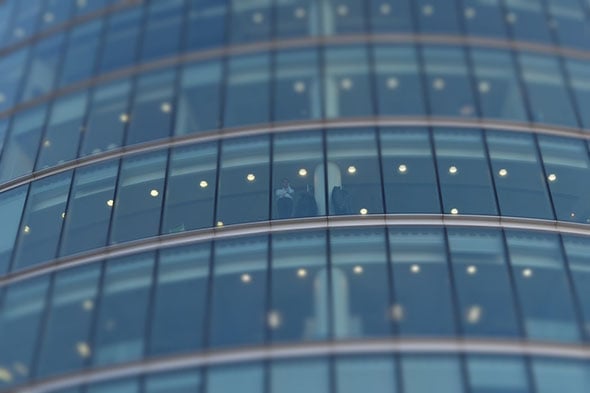 Looking at the enormous amount of frauds, competition infringements and corporate scandals that surfaced in the past five years and the evaporated billions of public (pension-) moneys and money from hard-working individuals, it is likely that organizations such as Anonymous and WikiLeaks will increasingly focus on — and specialize in — corporate wrongdoing and that they will turn to alternative ways to uncover and publicly expose these irregularities. Especially considering that in many of these cases the malpractices stayed hidden from the supervisory authorities, tax authorities, accounting firms and law enforcement for years or even decades.

Corporations that are still involved in corporate malpractices should therefore be warned!

By putting themselves above the law and ethical standards of our society and by trying to get away with it, they might unintentionally resubmit themselves to a much more primal and severe law: the law of the jungle with its risk of disproportional punishment, inflicted through vigilante justice. Not a risk to take lightly…