To boldly litigate where no human has litigated before en

In May 2020, the world watched in awe as SpaceX’s Dragon was launched into orbit by its Falcon 9 launch vehicle and its rendezvous with the International Space Station. This was the first flight of a commercial reusable cargo spacecraft taking astronauts to the ISS. SpaceX is also building a “mega constellation” of 12,000 small satellites called Starlink to provide satellite internet access. But SpaceX is not the only one with ambitions for commercial space activities.

Financial institutions estimate that the value of the global space industry could reach USD1 trillion (or more) by 2040. According to the Space Foundation (a not-for-profit association), the global space economy amounted to USD423.8 billion in 2019. To provide additional perspective, SpaceX recently raised capital based on a valuation of USD74 billion.

While images of spaceships transporting rocks drilled out from the Moon or asteroids may capture the public’s imagination, meaningful developments in this specific field of space exploitation are rather for the longer term. Space mining is highly complex from a technical, legal, ethical and business point of view. A few start-ups that wanted to venture into this new sector (such as Planetary Resources or Deep Space Industries) did not fare well. While describing the current state of space mining a couple of years ago, the MIT Technology Review even talked about “the Asteroid Bubble”.

This explains why the focus is currently – more realistically – on the regions of outer space in the vicinity of Earth. Most space activities with private sector involvement are related to satellite communication and remote sensing, as well as launching services (after all, any trip to space has to start from the surface of our planet). And this is also where the bulk of the near-term economic growth is expected.

OUTER SPACE AS THE NEW MARKETPLACE

This interest for commercial opportunities reveals a dramatic shift in the outer space environment. For decades, space has been the realm of states. The basic international treaties, including the Outer Space Treaty of 1967 (the “OST”, also presented as the “Space Constitution”), are close to 50 years old and reflect the predominance of states and governments in the regulation and occupation of space. States are still key actors and a significant portion of the space industry and economy continues to depend on public money. But they are no longer alone: private companies are joining the club of space farers. While public entities increasingly rely on their services to pursue their missions (as illustrated by Space X bringing NASA astronauts to the ISS), private companies also seek to develop purely commercial activities.

The opportunities – just like the challenges – resulting from a growing presence of private actors in space are not to be underestimated.

Earth’s orbit, and mostly the Low Earth Orbit (or LEO) which extends up to 2.000 km above the surface of Earth, is becoming crowded. Space Foundation recently reported that commercial satellite deployments in 2020 increased by 477% from 2019. As of 1 September 2020, there were close to 3,000 active satellites. More deployments of (small) satellites, including SpaceX’s Starlink, are expected in the coming years which raises concerns in the scientific community. This increasing number of satellites, added to 40,000 unidentified artificial objects of a size of 10 cm or more (mostly debris) already in orbit and moving at speeds of around 35,000 km/h, makes it more likely to have collisions leading to what scientists call the “Kessler syndrome”.

We need to ask ourselves: can outer space be organized and regulated to provide opportunities for economic development (while being compatible with Article I of the OST:

“The exploration and use of outer space, including the moon and other celestial bodies, shall be carried out for the benefit and in the interests of all countries, irrespective of their degree of economic or scientific development, and shall be the province of all mankind”)?

Is there room for some form of Lex Mercatoria in the space environment? How will disputes arising from outer space activities and involving private companies be resolved?

The current international legal framework essentially deals with public regulation and relies on states for their implementation and enforcement. The same goes for the resolution of conflicts which still depends heavily on classic techniques at the level of states (diplomacy, consultations, etc.). The realities of the international legal order may also explain why dispute resolution mechanisms involving institutions with adjudicatory powers (courts, arbitration panels, etc.) are more appealing to, and relevant for private companies than it is the case for sovereign states.

Lots of space-related activities have some form of connection to the soil of our planet (e.g. manufacturing of satellites, launching services) and are based on a contract, including between governmental bodies or organizations and private companies. Parties to a contract can choose the law that will govern their relationship and agree on a dispute resolution mechanism. The practice shows that arbitration is the preferred option to resolve disputes in the field of space activities. This is not surprising as arbitration has features that are considered to be essential for the space industry: speed, flexibility, technical expertise and confidentiality. The Permanent Court of Arbitration even adopted the Optional Rules for Arbitration of Disputes Relating to Outer Space Activities on 6 December 2011.

However, matters become more complicated when there is no contract, i.e. a dispute arises between parties that do not have a pre-existing (contractual) relationship. Which law will be applied to solve their dispute? Before which court or other adjudicatory body can a private company bring a claim?

In case the dispute would be related to harm caused by a space object, e.g. a collision between two satellites, the Convention on International Liability for Damage Caused by Space Objects of 1972 (the “Liability Convention”) could apply. The Convention also provides for some kind of adjudication (with a “Claims Commission”) in case diplomatic efforts to resolve the dispute would fail but this mechanism depends on governments’ good will and international liability is only imposed on the “launching state”. There have so far not been that many collisions in space or other types of damage caused by space objects. We should expect this to change due to the increasing number of (private) entities being involved and the deployment of mega constellations of small satellites and other objects in space. 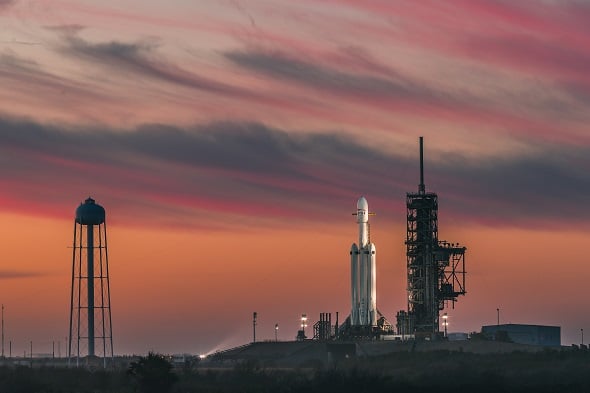 Collisions in space are far from being the only potential source of disputes, although they would certainly be the most spectacular. Private companies will be keen on protecting intellectual property rights resulting from their space-related activities and will want to have the ability to enforce their rights, including when an infringement occurs in the outer space. This is not self-evident due to the territorial nature of intellectual property laws.

There is also the risk of harmful interferences. As already described, satellite-based communications represent an important part of the space industry. However, “radio frequencies and any associated orbits, including the geostationary-satellite orbit, are limited natural resources” (art. 44.2 of the Constitution of the International Telecommunication Union). While applications with the ITU for radio frequencies and associated orbits are done by the states, they have a strategic relevance for private companies who need them for their operations.

Private companies will also be confronted with privacy issues that can be particularly sensitive in the field of remote sensing activities. And one may also wonder if antitrust laws and enforcement (both public and private) will not have to adapt to the challenges posed by a “space economy”. Although the number of large private companies involved is still limited, (risks of) abuses of dominance and other (new?) forms of harmful competition may soon emerge.

Even in the context of contractual disputes submitted to arbitration, the specificities of the space environment will have to be reflected in the application of the laws. Space-related disputes are highly likely to be at the crossroads of law and science or technology. Arbitrators will have to apply legal concepts to the realities of space (e.g. force majeure or standards of liability). We can only hope that, while preserving the strict confidentiality of the parties and matters in dispute, arbitration will be able to contribute to the development of the substantive law of space, for instance by having some form of (limited) publicity organized around arbitral awards dealing with space law.

WHERE DO WE GO FROM HERE?

This short overview already shows why clarity and predictability are required in the regulation of outer space commercial activities and why private companies must be able to rely on efficient means to resolve disputes. Private companies will not always be able to invoke clauses of a contract or the “protection” of a state to enforce their rights in outer space. The urgent need for a proper legal framework is anything but science fiction. Certainly if public authorities want to continue to rely on private companies to provide the infrastructure and services in order for them to fulfil their missions.

Legal uncertainty and the lack of efficient means to enforce rights will only keep costs (such as insurance premiums) at a high level. They will also make it more difficult for private companies to raise capital to finance their activities while discouraging them from investing large amounts in domains that still depend to a significant extent on research and innovation.

The number of legal issues that are relevant to the space economy is broad. Not all of them necessarily require innovation. Sometimes, adaptation may suffice as shown by the “Outer Space Rules” of the Permanent Court of Arbitration.

Regulation of the space economy, including the resolution of disputes, will have to reflect and be adapted to its international dimension. Some states have already adopted national legislation. One may doubt whether this is the best approach as it may lead to the development of “flag of convenience” states for space activities. Or it may encourage states to enact legislation that promote their own interests and those of their nationals (e.g. space mining activities). This may, in turn, undermine the fundamental principle of outer space being the “province of all mankind” and could also lead to international confrontation. This would be counterproductive to the development of a sustainable space economy. Scientists and the broader civil community should also be involved in the process leading to the elaboration of a proper legal framework in order for it to reflect the multiplicity and diversity of interests that are at stake.

Mankind has already proven it can find and create the means of its ambitions when it comes to space exploration. The same attitude should dictate the creation of an appropriate legal framework and efficient dispute resolution mechanisms for the private space sector. Pursuing this ambition is definitely worth the effort. When it comes to opportunities in outer space, the sky is no longer the limit. The countdown to private space law’s lift-off must start NOW. Who wants to join the crew?