The primary aim of the ‘Damage Directive’ (2014/104/EU) was to facilitate effective redress for individuals and for businesses that suffered harm as a result of anticompetitive conduct. Since the Damage Directive came into force on 26 December 2014, there has been much dispute as to whether the rules of the Damage Directive are applicable to an action for damages relating to a cartel that ceased operating before the entry into force of the Damage Directive, but where the action regarding that cartel was brought after the entry into force of the provision transposing the Damage Directive into national law. In a recent court decision relating to the European truck cartel (C-267/29), the European Court of Justice (ECJ) addresses this question and specifies the temporal scope of specific rules of the Directive more in detail. This preliminary ruling has broad applications, not only for the trucks case at hand, but for many other cartel cases currently pending before national courts.

On 19 July 2016, the European Commission (EC) found that major truck makers, including Volvo/Renault, Daimler (today: Mercedes Benz Group AG), Iveco and DAF, had colluded on pricing as well as the costs and implementation of technology to comply with environmental standards over a period of 14 years, from 17 January 1997 to 18 January 2011. The truck makers (with the exception of Scania) settled and were fined EUR 2.93 billion. MAN escaped a fine, as it had reported the cartel to the authorities. A press release was issued by the EC on the same day, but the summary decision was not published until 6 April 2017.

In the aftermath of this decision, hundreds of claims were filed relating to the truck cartel case before national courts claiming damages for several billion euros. In the case at hand, a Spanish company that had purchased three trucks manufactured by Volvo AB and DAF Trucks NV in 2006 and 2007 sued before the commercial court in Spain for compensation for damages resulting from the anti-competitive conduct.

The Spanish court of first instance partially upheld the claim brought on 1 April 2018 and ordered Volvo and DAF Trucks to pay damages of 15% of the purchase price of the trucks. The court rejected Volvo's and DAF Trucks' argument that the claim was time-barred under Spanish law because it was filed later than one year after the EU Commission informed the public about the discovery of the truck cartel in its press release on 19 July 2016. Instead, the court concluded that the five-year period provided for in the Spanish legislation transposing the Damage Directive was applicable, thereby significantly extending the one-year limitation period provided for in the Spanish national law that was applicable when the cartel infringement had taken place. The measures of the Damage Directive were required to be transposed into national law by the implementation deadline of 27 December 2016. Five months after the expiry of the time limit for transposing the Damage Directive, on 27 May 2017, the Spanish law implementing the Directive came into force.

The Spanish court found that, as a procedural provision, the five-year period was in force at the time the action was brought and was therefore applicable to this case. In addition, applying the national rules, the Spanish court applied the presumption that the infringements at issue caused damages and exercised its power to estimate the damages, as provided for in two other provisions of the Damage Directive.

The truck makers appealed, claiming that the cartel had ceased before the entry into force of the Damage Directive, on 18 January 2011, and thus the claimant friendly national rules implemented when transposing the Damage Directive would not be applicable. In their view, the action was time-barred because the one-year period of the Spanish Civil Code's non-contractual liability provision, which they argued was applicable in this case, began to run from the date of the EC's press release on 19 July 2016. Furthermore, there was no evidence of a causal link between the conduct described in the Commission's decision and the increase in the price of the trucks purchased. The presumption of harm and the rules on assessment of damages under the Damage Directive were not applicable for this “old” case.

The Spanish court of second instance referred questions to the ECJ on the temporal scope of certain provisions of the Damage Directive. The questions were regarding the applicable limitation period, the estimation of damages, and the rebuttable presumption that a cartel causes harm. The ECJ recently handed down its preliminary ruling responding to these questions (Case C-267/20).

In its preliminary ruling, the ECJ first points out that the temporal scope of the Directive is subject to explicit rules in the Directive which distinguishes between substantive rules, which do not apply retroactively, and procedural rules, which apply in the context of actions brought as from the directive’s entry into force (26 December 2014). The ECJ finds that the assessment of whether the provisions of the Directive are of a substantive or procedural nature must be made according to EU law, and not under national law, in order to ensure the coherent and uniform application of EU law. 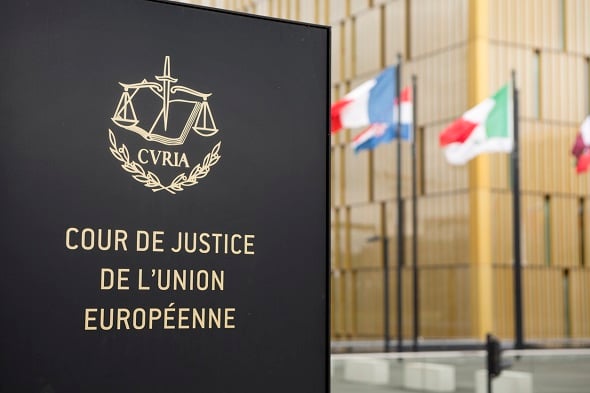 Rule on limitation period to be attributed to substantive law

According to the ECJ, the rule on the limitation period is a matter of substantive law as it results in the extinction of the legal action, and is intended to protect both the injured party, who must have sufficient time to obtain appropriate information to bring an action, and the person responsible for the damage, by preventing the injured party from waiting indefinitely before exercising their right to compensation.

Therefore, the five-year limitation period may not apply retroactively (art. 22.1 of the Directive).

The ECJ then sets out to determine whether the situation continued to produce effects after the expiry of the time limit for transposition of the Directive. In other words, the ECJ seeks to ascertain whether, at the date of expiry of the time limit for transposing the Damage Directive, namely 27 December 2016, the claims under the ‘old’ statute of limitations regime had already become time barred. If that were the case, the new limitation period may not “resurrect” the legal action as it would otherwise have a retroactive effect which is prohibited by article 22.1 of the Directive.

The ECJ finds that the ‘old’ Spanish limitation period of one year had not started to run on the date of publication of the Commission's press release when fining the cartelists but began to run only when the summary decision was published. The mere publication of the press release in this case did not inform the injured party of all the information necessary to exercise their right to bring an action for damages. Thus, according to the reasoning of the ECJ, the ‘old’ limitation period started to run only on 6 April 2017, when the EU Commission published the summary of its cartel decision in the EU Official Journal, and not with the mere publication of the press release. The claims were therefore not time barred when the claim was brought on 1 April 2018:

“the situation at issue in the main proceedings continued to produce effects after the date of expiry of the time limit for transposition of Directive 2014/104, and even after the date of entry into force of Royal Decree-Law 9/2017 transposing that directive.” (par. 74).

The ECJ also finds that the provision of the Damage Directive introducing a rebuttable presumption that cartels cause damage is of substantive nature. Because it places the burden of proof on the infringer and relieves the injured party of the obligation to prove that damage has been suffered as a result of a cartel, that provision is directly linked to the attribution of non-contractual civil liability to the person who committed the infringement in question – a question of substantive nature (“that provision must be regarded as pertaining to the constituent elements of non-contractual civil liability”, par. 94).

Rules on the assessment of damages of a formal nature

Finally, the Damage Directive seeks to ensure the effectiveness of actions for damages in situations in which it could be practically impossible or excessively difficult to quantify the exact amount of harm suffered. In those situations, the Damage Directive makes it possible for courts to estimate the amount of harm caused by the cartel (art. 17.1 of the Directive). According to the ECJ’s ruling, the national transposing provisions adopted in order to comply with the Directive's provision regarding the court's power to assess damages are procedural provisions. As such, these provisions apply to legal actions for damages brought after the entry into force of the Directive and of the national transposing provision. The Spanish court in the instant case thus could rely on the Damage Directive and estimate the damage.

Notwithstanding the fact that certain plaintiff-friendly provisions of the Damage Directive will not apply to “older” cases, the ECJ’s classification of the most relevant provisions in substantive and procedural provisions will give plaintiffs more certainty when determining the validity of their claim. The preliminary ruling by the ECJ will have an effect on the statute of limitations of the claims against truck manufactures in jurisdictions such as Germany, where the limitation period before the transposition of the five-year limitation period was shorter. In the aftermath of the preliminary ruling, we will, at least in certain jurisdictions, likely see a second yet much smaller wave of proceedings issued against the truck manufacturers.

END_OF_DOCUMENT_TOKEN_TO_BE_REPLACED

The Business Case for Litigation Finance

Traditionally, litigation funding has been a popular option for corporate claimants facing financial pressures who do not have sufficient capital ...