Third-party litigation funding has become more commonplace and developed substantially in various jurisdictions in recent years, with tailored offerings meeting the needs of an increasing number of interested users with an equally increasing level of sophistication in the use of litigation funding, e.g., as an integral part of financial strategy and management of the party seeking financing.

Most common law countries such as Australia, England and Wales, and the US were early adopters of third-party litigation funding. They quickly moved away from (or added considerable nuance to) the traditional champerty and maintenance doctrines that could curb its development. In addition, other common law-inspired jurisdictions such as Singapore and Hong Kong recently adopted new legislation to allow the use and development of third-party litigation funding, albeit subject to certain conditions.

As third-party litigation funding continues to grow worldwide, it naturally generates increasing interest in countries subject to or influenced by Islamic (Sharia) law, especially in a (post) pandemic configuration where efficient allocation of resources is of utmost importance. In the Middle East region, a central hub for international trade, disputes involving high-profile and sophisticated entities are steadily increasing in the construction, energy, and technology sectors.

Most jurisdictions in the Middle East are influenced by both civil law (with the Egyptian Civil Code as a source of inspiration) and Sharia law. As such, they do not have the equivalent of the champerty and maintenance doctrines.

Notable exceptions are the free-zone jurisdictions in the UAE (e.g. the DIFC and the ADGM) that position themselves as international litigation and arbitration hubs. These English law and judiciary-inspired jurisdictions recognize the use of third-party litigation funding but regulate it on different levels. For example, the DIFC courts can take into account the funding status of a party when deciding on applications for security for costs and to make court cost orders against a third party including a funder. Furthermore, the ADGM Courts’ Litigation Funding Rules dated 16 April 2019 go beyond the scope of procedural or contractual consequences, for example by requiring the funder to have qualifying assets of no less than USD 5 million or the equivalent in foreign currency, and to impose specific prohibitions against financial and other interests in litigation funders.

Litigation funding as a new area in Islamic finance

Islamic (Sharia) law can come into play (i) when structuring a litigation funding agreement subject to applicable law that embeds Sharia law or in a context involving Islamic parties and institutions, (ii) when considering the nature of the funded dispute, and (iii) when Islamic investors consider litigation funding as a way to diversify their investments. However, the overarching and connecting issue is determining whether litigation funding is fundamentally compliant with the principles of Islamic law, which do not contain specific provisions on this issue.

While there is some debate on how to assess this relatively new area of investment (from an Islamic law perspective), it can be argued that third-party litigation funding does not violate the principles of Islamic law. Moreover, there may be Islamic finance transaction configurations that may be applied by analogy to third-party litigation funding.

Litigation funding in light of the key principles of Islamic law

Three of the key principles of Islamic finance are the prohibition of (i) interest (riba), (ii) excessive speculation (gharar) and (iii) gambling (maisir). It is certainly defendable that third-party litigation funding does not conflict with any of these prohibitions.

First, the funder’s return does not consist of interest but rather a pre-agreed stake in the (awarded and collected) damages in the form of a multiple on invested capital, a percentage of the damages, or a combination of both.

Second, as to the prohibition of excessive speculation (gharar) and gambling (maisir), these factors are also likely to be absent as third-party litigation funders will conduct thorough due diligence on facts and merits, damages, budget, enforcement, and collection before deciding to fund a case. The extensive due diligence, including the legal aspects and financial aspects of the claim (likely achievable damages, budget-damages ratios, (weighted) probability, and sensitivity analysis), which are translated into decision trees are likely to exclude excessive speculation and gambling. Funders may also offer (depending on the jurisdiction) dispute management services, intelligence, and assistance to the claimant and its legal team, taking it further from any perception of excessive speculation and gambling.

However, investing in disputes in which the subject contradicts the Islamic law principles, e.g., claims for interest, alcohol, or business ventures considered sinful (haram), will likely be prohibited. 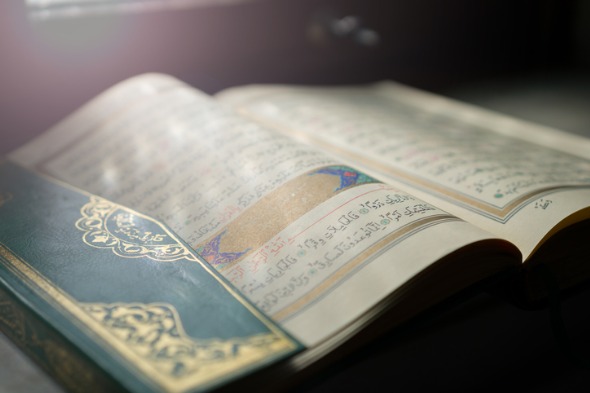 Another argument in favor of third-party litigation funding could be found in the Maslaha principle that allows prohibition or permission of a thing according to necessity and particular circumstances, and based on whether it is in the public interest of the Muslim community. As one of the goals of third-party litigation funding is to provide access to (and restore) justice, this type of funding is likely to fall within the scope of the cited principle.

Use of Islamic law-compliant concepts when structuring litigation funding

The analogous use of Islamic law-compliant structures can also contribute to the lawful implementation of litigation funding. The most appropriate and relevant in this respect are the Mudaraba and Musharaka partnerships.

In the Mudaraba configuration, the investor (third-party funder) provides capital for funding the claim. With the assistance of the lawyers, the client then determines and implements the strategy to successfully conduct the claim. No separate corporate entity is required, and payment generally occurs on a dedicated account. The profits (funder’s return) are paid on a predetermined basis.

One could argue that the analogous use of the Mudaraba and Musharaka partnerships is not entirely watertight, as litigation is not a classic business venture for which these partnership structures were designed. Indeed the process of resolving a dispute (by a court or arbitral tribunal) is not a proactive entrepreneurial business setup. Other Sharia-compliant formats may be considered, e.g., a form of lending without collateral (Qard al-Hasan) combined with a unilateral promise by the client to gift a certain amount to the funders in case of success.

Third-party litigation funding is becoming increasingly important in the Middle East, not only in the common law-inspired free zone jurisdictions but also in civil and Sharia law jurisdictions and dispute settings involving Islamic parties and institutions. It is also an emerging investment class, which Islamic investors may want to pay attention to.

There are good arguments that third-party litigation funding does not violate the basic principles of Islamic law and finance (interest, excessive speculation, and gambling). Islamic law-compliant partnership agreements will likely also contribute to the broader use of this type of funding in the Middle East and the wider Islamic community.

The increasing need for Litigation Funding during the Covid-19 pandemic

An unforeseen, far-reaching and truly global crisis like the Covid-19 pandemic will almost certainly leave its mark on every aspect of our lives and ...

END_OF_DOCUMENT_TOKEN_TO_BE_REPLACED

Boost for the litigation funding industry in the U.S.