Practical implications of the case

Third-party funding is well established in international arbitration, but its role has been subject to increasing scrutiny by the different stakeholders in the arbitral process. In particular, it has caused arbitral institutions to adapt their arbitration rules. The overall trend is towards imposing a duty of transparency on claimants who have entered into a litigation funding agreement, and the standard obligation is to reveal the presence of the funder and its identity. However, some arbitral institutions have gone further, and they have implemented provisions or guidelines dealing with the relationship between the presence of a funder and security for costs applications and/or costs decisions.

Even these new or updated rules are still silent about whether a third-party funder can become a party to the arbitration. Still, respondents may be tempted to have funders categorized as (co)claimants in the arbitral proceedings if, for example, they are concerned about the solvency of the original claimant or, more prosaically, because the funder might have deeper pockets. The role of the third-party funder can come into play here, especially if the funder (allegedly) plays a more active role for the original claimant (e.g., by acting as a sounding board for strategic decisions) rather than just being a financier.

In the framework of annulment proceedings relating to a Paris seated ICC arbitration, the decision of the Paris Court of Appeal rendered on 25 January 2022 is somewhat reassuring for third-party funders and financed claimants.

The Court refused to qualify a third-party funder as a co-claimant in the arbitral proceedings.

AMT SA, formerly Necotrans Switzerland ("AMT Switzerland"), is a company incorporated under Swiss law, and it holds 90% of the shares of AMT Cameroon.

Necotrans Holding is a company incorporated under French law. It was placed under judicial restructuring in France and subject to a court-approved plan to sell all its assets as part of these proceedings. Necotrans Holding held 100% of the shares of Necotrans Switzerland, which became AMT Switzerland. It also held one share in AMT Cameroon.

Privinvest is a limited company under Lebanese law, and it is the holding company of an industrial group specialized in the design and construction of military and commercial ships and superyachts.

Mrs. E. holds 10% of the share capital of AMT Cameroon.

Navitrans SA is a company under Swiss law which is active in maritime representation, chartering, and storage, particularly in Africa. It acted as a third-party funder in the arbitration brought by Mrs. E. against AMT Cameroon, AMT Switzerland, and Privinvest.

The funding agreement and arbitral proceedings

In 2017, as part of the judicial restructuring of Necotrans Holding, the Paris Commercial Court approved a plan to sell all the company’s assets. The sale took place in October 2017.

Before initiating the arbitration, Mrs. E had entered into a financing agreement with Navitrans SA to provide funding for the arbitration proceedings. Mrs. E and Navitrans SA agreed that if her claims relating to pre-emption were successful and the disputed shares were transferred back to her, she would transfer them to Navitrans SA at the price paid by her, along with an additional EUR 200,000.

At the request of AMT Cameroon, AMT Switzerland, and Privinvest, Navitrans SA was brought into the proceedings.

The arbitral tribunal rendered a Partial Award on 9 March 2020. The tribunal decided that it had jurisdiction over Privinvest, but not over Navitrans, Mrs. E's third-party funder.

AMT Cameroon, AMT Switzerland, and Privinvest filed for an annulment of the Partial Award with the Paris Court of Appeal. The annulment claim was based on Article 1520, 1° of the French Code of Civil Procedure:

"A claim for annulment is only available if: 1° the arbitral tribunal wrongly decided it had jurisdiction or lacked jurisdiction. (…)"

The decision of the Court and its implications

The Court first considered the scope of its annulment review under Article 1520, 1° of the French Code of Civil Procedure:

The Court then turned to whether the arbitral tribunal had jurisdiction over the third-party funder (Navitrans SA).

The Court noted the principle under international arbitration law that the arbitration clause or agreement has to be appreciated in light of the parties' intentions, without reference to (French) substantive law (with the exception of the mandatory rules of French law and international public order). 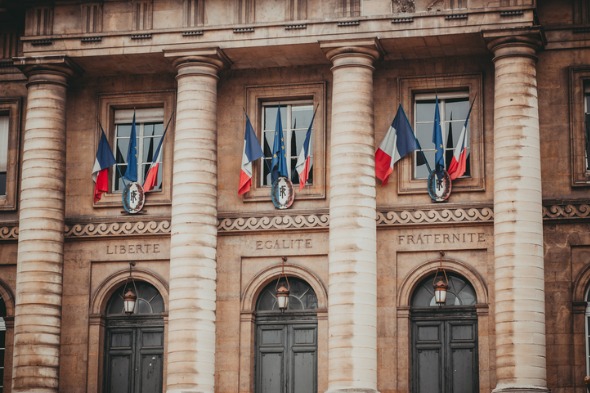 Taking this principle as the keystone of its reasoning, the Court analyzed ATM Cameroon’s Articles of Association. These included the relevant arbitration clause to determine who qualifies as a shareholder and is therefore bound by the arbitration clause. The Court found that the third-party funder was neither the owner nor the assignee of AMT Cameroon's shares when the funding agreement was signed. Taking into account the definition of a shareholder in the Articles of Association,[1] the Court decided that an assignee could not be considered a shareholder in anticipation of a hypothetical transfer but only when such a transfer had effectively been realized (Court of Appeal decision, §65).

Having said this, the Court further found that there was no evidence that the third-party funder had become a shareholder as defined by the Articles of Association, either on the date the funding agreement was entered into or the date of the Partial Award (Court of Appeal decision, §66).

The Court concluded that the arbitral tribunal correctly decided that it had no jurisdiction over the third-party funder, which had been brought into the arbitral proceedings as a co-claimant.

Finally, and interestingly for funders and funded parties in international arbitration, the Court considered whether any interference by Navitrans as a funder in the proceedings could lead to it being considered a co-claimant. The Court found that the appellants in the annulment proceedings had not only to evidence the reality of such interference, but that this interference was not inherent in its capacity as third-party funder (Court of Appeal decision, §71).

According to the Court, only exceptional circumstances could allow such an extension of the arbitration clause to a funder. However, the following were not considered as exceptional circumstances by the Court: the disclosure of third-party funding, the third-party funder's interest not being simply financial, or that the third party only acted as a funder occasionally (Court of Appeal decision, §72).

- assignees of the shares

- and those who may become it in the future”

A View to Germany: Recoverability of Third Party Funding Costs?

In Germany – as in many other places around the globe – recourse to third party litigation funding (“TPLF”) is becoming more common and the number of ...

END_OF_DOCUMENT_TOKEN_TO_BE_REPLACED

Recovery Of Third-Party Funding Costs In International Arbitration: From Myth To Reality.

Third-party funding is currently well-established in international arbitration. As a result, arbitration practitioners, claimants, tribunals, and ...