Why the Steinhoff settlement is ground-breaking for investors en

Deminor has been at the forefront of the field of collective securities litigation and settlements for over 25 years, and the Netherlands has always been an important jurisdiction for us.

After the Imtech (2014) and Fortis/Ageas (2016) settlements, we became active on the Steinhoff matter in 2017. Deminor syndicated the largest active group of international institutional investors and coordinated and funded the recovery action against Steinhoff, Deloitte and various (former) Steinhoff directors and officers. With the assistance of the Dutch law firm Wijn & Stael Advocaten and the South African law firm Fairbridges Wertheim Becker Attorneys, litigation was commenced in the Netherlands and in South Africa.

Now, a little over 4 years later, we are proud of the results that we were able to achieve for our clients: a defining influence on the settlement negotiations, which resulted in a premium and an early filing opportunity for our clients’ claims, allowing any potential issues to be addressed far in advance of the distribution date.

In this contribution, we share with you what makes this settlement special and its implications on future recovery cases in the Netherlands and South Africa. 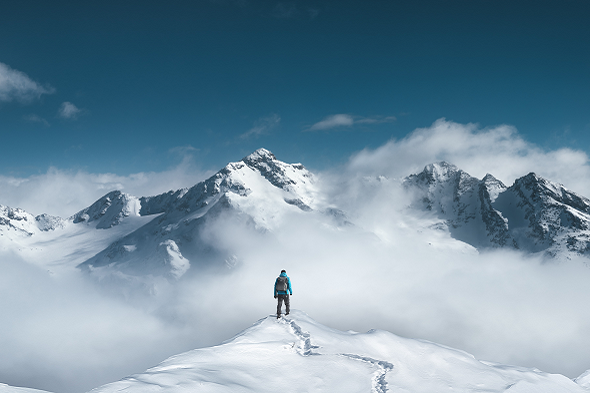 √  Second largest settlement in continental Europe, first of its kind in Africa:

With approximately EUR 800 million for investors that were secondary market purchasers, this is the second largest settlement for investors in continental Europe, the third largest outside the USA and the first of its kind involving an African company.

√ Meaningful contribution by the former auditors and the D&O insurance carriers:

Both Steinhoff’s former auditors and the D&O insurance carriers contributed c. EUR 110 million to the settlement, which is a substantial number by European standards.

The settlement’s legal structure (a voluntary cross-border restructuring process in the Netherlands and South Africa) has never been used before to settle a large number of investors’ claims.

Steinhoff was an unusual corporate animal: a Dutch company with operational and tax seats in South Africa and shares listed in Johannesburg and Frankfurt, and formerly a South African holding company with shares listed exclusively on the Johannesburg stock exchange. This complex legal set-up raised questions of applicable law, jurisdiction and enforcement with respect to investors’ claims and further complicated the corporate restructuring process.

Absent a successful restructuring, Steinhoff would have probably either gone bankrupt or started a liquidation process, with a loss of jobs and massive destruction of stakeholders’ value.

With a voluntary restructuring process implemented through a suspension of payment proceedings in the Netherlands (the “Dutch SoP”) for the Dutch top holding of the group and a scheme of arrangement for the former South African holding company (the “South African S155 Proceedings”), Steinhoff settled multi-jurisdiction claims worth c. EUR 12 billion, restructured its debt and achieved global peace.

√ Stipulating a bar date without a statutory basis is a novelty in the Netherlands:

The Dutch SoP composition plan proposed a bar date falling three months after the settlement becomes effective. This bar date is the ultimate deadline by which claimants must have filed their claims with the claims administrator. Having a bar date in a Dutch SoP is a novelty, as there is no statutory basis in Dutch bankruptcy law for such a bar date.

The advantage of having this is that within three months after all suspension of payment’s conditions have been fulfilled and the settlement has become effective, Steinhoff will have finality (no more claims can be filed), and the claims administrator can work towards making distributions to the creditors that filed a claim in a timely manner.

Without a bar date, creditors would have had an undefined time to file claims, and it would have taken many years before distributions could be made. This would have likely caused the creditors to not support the proposed solution and litigation would have continued.

√ Second time in the Netherlands that a Committee of Representation for creditors was appointed:

For practical reasons, Steinhoff and its administrators, in concert with key stakeholders, filed a request with the bankruptcy court of Amsterdam to appoint a Committee of Representation for the creditors. Instead of 66,000 creditors attending court hearings and casting a vote on the SoP composition plan, this committee would consist of 15 members that would represent the creditors’ interests and vote on their behalf.

The request was granted. It is the second time in the Netherlands since 1962 that such a committee has been appointed. Deminor was made one of the 15 representatives. The Committee, after conducting numerous meetings, examining all relevant documents and consulting with various external experts, unanimously voted in favour of the Dutch SoP and adopted the composition plan in its entirety.

√ Close to 100% creditors’ support for the settlements and restructuring:

In addition to the Committee unanimously voting in favour of the Dutch SoP and adopting the composition plan, the South African S155 Proceedings also achieved close to 100% creditors’ support. Such massive support from creditors is unique and evidences the fairness of the settlement.

Deminor filed claims on behalf of its clients in the Netherlands seeking damages and intervened in proceedings in South Africa to oppose the liquidation of the company. While the Netherlands is a well-tested jurisdiction for investors’ litigation, that is not the case for South Africa.

The case was resolved four years after the irregularities were disclosed to the market in December 2017. That is swift given:

On January 17, 2012, the Amsterdam Court of Appeals gave its final approval to the pan-European settlement in the pending Converium (Scor) securities ...