“Every nation has the government it deserves” is a popular quote. Could this be true for companies as well? I hope not!

According to a research, a staggering 3.5% of the people in the higher management ranks of companies demonstrate sufficient “psychopathic tendencies” to qualify them as psychopaths (P. Babiak & R. Hare, ‘Snakes in Suits: When Psychopaths Go To Work). Maybe 3,5% seems to you only a small percentage, but it is 3,5 times higher than the average of 1% of psychopaths amongst the human population and probably 3,5 times higher than stakeholders of (listed) companies would prefer.

Researchers assume that the reason for psychopaths’ corporate successes is that they have the talent to deceive others with their charismatic appearance, manipulating powers and impulsive decision making, which apparently easily gets mistaken for good leaders’ decisiveness. Psychopaths however display a personality disorder rooted in lying, manipulation, deceit, egocentricity, callousness, and other potentially destructive traits (P. Babiak & R. Hare). Even if you consider 3.5% as a relatively small amount, looking at the traits of psychopaths it does not take much imagination to conclude that their presence can cause enormous problems for the company and its stakeholders.

Another interesting study (Kees Cools, Gandhi in governance) concluded in addition to the foregoing that the personal characteristics of (CEO-) bankers of so called “bad banks” in the US are likely to have played a very significant role in the demise of these banks, more important than the role of the governance structures that were in place. Narcissistic propensities, signs of greed, poor social backgrounds and (a relatively higher amount of) divorces were significantly more often present at the (CEO-)bankers of “bad banks” than with their peers at the “good banks”.

What to make of this? Although we have created an abundance of corporate governance codes, rules and legislation in the past 25 years to ensure “good governance” at (listed) companies and to prevent corporate scandals from happening, relatively a significantly higher amount of psychopaths is present at the top level of these companies when compared to society as a whole. It appears the moral compass of companies’ executives proves to matter a great deal in the performance of the company. If the top of a company lacks ethical sense, all the rules in the world don’t seem to be able to avert disaster. Good leadership therefore seems to be possible with ethically “good” leaders!

This is quite strange considering that, on average, women live longer than men, are less sick, more flexible, better educated and have a higher IQ.

Furthermore, it is a proven fact that public companies with more women on their boards have fewer governance-related scandals and are less likely to be hit by scandals such as bribery, fraud or shareholder battles. Contrary to what you would expect based on these facts, women are severely underrepresented: e.g. in Europe, 85% of non-executive board members and 91% of executive board members of listed companies were men in 2012. 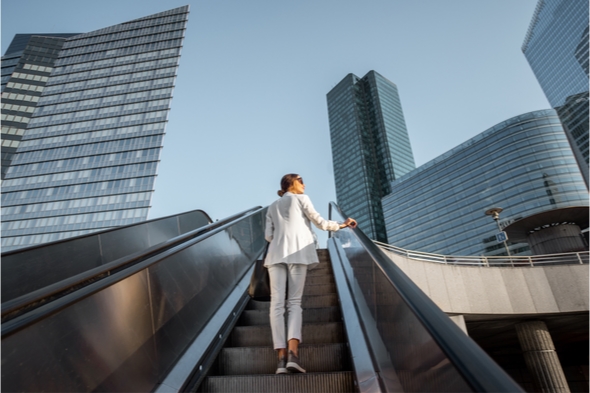 Why a "near-to-absence” of women at the top?

How can the “near-to-absence” of women at the top be explained, especially now, in a time where the idea of more women at leading positions is widely supported? Could it be that it is “politically correct” to publicly support the idea of equality between men and women, but when decisions are being made behind closed doors other feelings and ideas prevail? Whatever the reasons are, they can’t be logically right.

In case you still are not convinced of the fact that more women are necessary at executive positions, P. Babiak & R. Hare also concluded in their research that on average only 1% of women have psychopathic tendencies, in comparison to the 3% for men. If that is not the perfect cross-selling argument to improve companies’ management, I don’t know what is!

New South American trend: has anyone asked politicians to wash their dirty linen in public?

It seems that South America has started a real fight against corruption. We saw it coming with (former) President Jose Mujica in Uruguay, named by ...

END_OF_DOCUMENT_TOKEN_TO_BE_REPLACED

Our website has now been revamped to ease navigation between our three business lines: Investment Recovery, Antitrust Actions and Commercial ...