On 28 January 2020, the District Court for the Central District of California issued an order in a securities class action lawsuit against Toshiba (Stoyas et al. v. Toshiba Corp.) denying the defendant’s motion to dismiss the complaint.

The order caught our attention, as it sheds new light on important questions regarding the extraterritorial reach of the US Securities Exchange Act – an issue that was also the subject of the landmark ruling of the US Supreme Court in Morrison et al. v. National Australia Bank (2010) (“Morrison”).

RECAP: WHAT WAS MORRISON ABOUT?

In Morrison, a number of non-US investors brought a class action lawsuit against National Australia Bank Ltd, an Australian company, before US courts. The plaintiffs alleged securities fraud and relied on sec. 10 (b) of the US Securities Exchange Act (“Exchange Act”).

After both the District Court for the Southern District of New York and the Second Circuit Court of Appeals had dismissed the plaintiffs’ action, the case was brought before the Supreme Court of the United States.

The plaintiffs argued before the Supreme Court that whenever a securities fraud involves significant conduct in the US that is material to the fraud’s success, the Exchange Act should be interpreted to provide a cause of action. In the case of National Australia Bank, the deceptive conduct – overstatements in the financial statements of a US subsidiary - and some of the additionally alleged misleading statements took place in the US. Therefore, the Exchange Act should apply.

The Supreme Court did not agree with the plaintiffs’ argument and ruled in favour of National Australia Bank. Scrutinizing the extraterritorial reach of sec. 10 (b) of the Exchange Act, the Supreme Court ruled that sec. 10 (b) applies only to (i) transactions in securities listed on domestic exchanges, and (ii) domestic transactions in other securities. The conclusive factor regarding the applicability of the Exchange Act was determined to be not whether the deception was perpetrated in the United States, but whether the purchases and sales of the relevant securities took place in the United States. The fact that there had been some “domestic” activity was not deemed by the Supreme Court to be sufficient for the Exchange Act to apply.

WHAT IS THE ISSUE AT STAKE IN THE TOSHIBA CASE?

In Stoyas et al. v. Toshiba Corp., the plaintiffs brought a claim under sec. 10 (b) of the Exchange Act against Toshiba, a company incorporated in Japan.

As was the case in Morrison, Toshiba’s stock is not listed on any stock exchange in the US. The claims brought by the plaintiffs, however, related for the most part to purchases of American Depositary Receipts (“ADRs”). ADRs are negotiable certificates created by depositaries (generally a bank) and represent an ownership interest in foreign securities held by the depositary. Each ADR references a fixed number or fraction of underlying securities on deposit with a depositary. Importantly, the depositary cannot issue an ADR unless it effectively holds the corresponding underlying securities.

In the case at hand, the ADRs reflected ownership of Toshiba’s common stock and were purchased in the US on the over-the counter market. Moreover, the ADRs were “unsponsored”, which means that they were issued by depositaries without Toshiba’s formal participation. ADRs can be issued without obtaining a company’s consent – and in theory even without its knowledge.

Toshiba filed an initial motion to dismiss, and the trial court granted dismissal on the grounds that the trading platform the Toshiba ADRs were purchased on were an “exchange” but failed to meet the specific requirements of the first prong of the Morrison test (limiting the applicability of sec. 10 (b) of the Exchange Act to purchases made on an exchange to “domestic” or “national” exchanges), and therefore the Exchange Act did not apply.  The plaintiffs appealed the decision to the Ninth Circuit Court of Appeals, which ruled that the trading platform was not an exchange at all, and the second prong of Morrison (limiting the applicability of sec. 10 (b) of the Exchange Act to purchases not made on an exchange to “domestic transactions”) should be applied.  The Ninth Circuit explicitly declined to follow precedent from the Second Circuit indicating that the second prong of the Morrison test should examine not only where the applicable transactions took place, but whether the alleged fraudulent acts were “predominantly foreign”.  The appellate court remanded the matter to the trial court to reconsider the plaintiffs’ complaint after giving them the opportunity to amend it to better address (i) whether the transactions at hand were “domestic”, and (ii) whether Toshiba’s alleged false statements were made in connection with those transactions.  An attempt by Toshiba to appeal the Ninth Circuit’s decision to the United States Supreme Court was denied, and the plaintiffs filed an amended complaint.

Toshiba once again moved to dismiss the plaintiffs’ (amended) complaint. With regard to the claim brought under sec. 10 (b) of the Exchange Act, it relied on two main arguments.

Firstly, Toshiba argued that the plaintiffs’ complaint did not allege a domestic transaction, as required by Morrison, because the plaintiffs’ pleading showed that the underlying securities (i.e. Toshiba’s ordinary shares) were purchased in a foreign transaction (i.e. on the Tokyo Stock Exchange) before being converted into ADRs in the US. The conversion of ownership interest from title holder of Toshiba ordinary shares to beneficial owner through unsponsored ADRs does not qualify as a purchase. Moreover, the plaintiffs failed to adequately allege where the purchaser and the seller of the ADRs incurred irrevocable liability to respectively pay and deliver the ADRs, Toshiba argued.

The plaintiffs’ response to this argument pointed at the nature of secondary market ADR transactions, stating that the placement of the buy orders, the payment of the price and the transfer of title to the ADRs all took place in the US. The ADRs were allegedly purchased on the OTC Market in New York through the OTC Link trading platform. The purchase orders were placed through a broker located in New York and the payments were made from a bank based in New York. These elements demonstrate that the irrevocable liability to purchase was incurred in the US and that the transactions were therefore “domestic”, according to the plaintiffs. 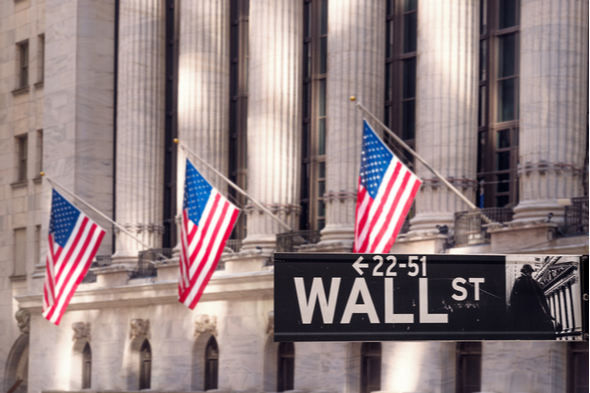 The court sided with the plaintiffs. It deemed that the plaintiffs’ allegations with regard to the locations of the broker, the placement of the purchase orders, the passing of title and the payments made were relevant to the domestic transaction inquiry and stated that all plaintiffs’ allegations taken together provided sufficient indicia that irrevocable liability to purchase the ADRs was indeed incurred in the US.

No misconduct relating to a domestic transaction

Secondly, Toshiba argued that it could not be deemed to have acted in connection with transactions in the ADRs, because (i) Toshiba is a non-US company (incorporated in Japan), (ii) its shares are not listed on any stock exchange in the US, and (iii) it had not played any role whatsoever in the issuance or sale in the US of the - unsponsored - ADRs.  Toshiba stressed that the plaintiffs’ complaint did not refer to any contact by the depositary bank with Toshiba seeking Toshiba’s consent to issue unsponsored ADRs. Toshiba contended that the plaintiffs’ statements regarding the general practice of depositary banks to obtain confirmation of non-objection or implied consent and their argument that it was thus likely similar non-objection or consent occurred with Toshiba were merely speculative. Therefore, the plaintiffs’ complaint failed to allege any misconduct of Toshiba in connection with a domestic transaction – which is a prerequisite for establishing liability.

The plaintiffs, in response, argued that, despite Toshiba’s not formally sponsoring the ADRs, it was implausible that the depositary bank for the stock underlying the ADRs had acted without Toshiba’s “consent, assistance or cooperation” because of the volume of shares it held – about 55 million, making it one of Toshiba’s ten largest shareholders.

Once more the court did not subscribe to Toshiba’s argument. It ruled that the plaintiffs had sufficiently alleged Toshiba’s plausible participation in the establishment of the ADR program, and thus the plaintiffs’ claim that Toshiba’s fraud was “in connection with” the sale of the ADR’s in the US was sufficient to survive Toshiba’s motion to dismiss.

IS THIS DECISION IMPORTANT FOR INVESTORS, AND WHY?

First, it should be noted that in its decision, the court merely ruled on a motion to dismiss. When ruling on such a motion, the court accepts every factual statement made in the plaintiff’s complaint as true. It does not verify the accuracy of the factual statements. If the complaint contains sufficient factual statements for the claim to be plausible on its face – i.e., did the plaintiff allege all elements necessary for the claim to be found with merit - the complaint will survive the motion to dismiss. The scope of the court’s review is therefore rather limited.

The decision is nevertheless significant because, if upheld and adopted by other courts in the US, it provides purchasers of unsponsored ADRs a potential avenue for recovery in the US that the Morrison decision had appeared to foreclose. With regard to the “misconduct relating to a domestic transaction” requirement, the bar has been set relatively low in the Toshiba ruling.

Future ADR class action complaints will likely deploy similar arguments to make a claim under sec. 10 (b), giving courts ample occasion to either adhere to the Toshiba ruling or to decline to do so.

For example, in Dalpoggetto v. Wirecard AG et al., a class action suit relating to unsponsored ADRs referencing ordinary shares of German fintech group Wirecard (“WCAGY”), an amended complaint was filed in February 2020. In this case, the plaintiff argued, presumably in an attempt to establish a link between Wirecard and the alleged domestic transaction, that it is common practice for a depositary to notify the foreign issuer of securities of its intent to issue ADRs and to obtain affirmative or implied consent to the sale of ADRs. If a foreign issuer objects to the establishment of an unsponsored ADS program, the depositary “ordinarily” will refrain from issuing and selling ADRs. To support its allegations, the plaintiff referred to, among other things, a regulatory comment letter addressed to the SEC by one of the main depositary institutions in 2008. In this letter the depositary asserted that foreign issuers are often willing to allow a depositary bank to establish an unsponsored ADR program but are reluctant to put this in writing, and consent should thus be implied by a lack of affirmative objection. Therefore, if the WCAGY ADRs were issued, it should be assumed that Wirecard consented thereto – at least implicitly.

It is too early to tell if this line of reasoning will develop into a new trend in caselaw or not. Needless to say, however, Deminor will closely monitor the evolution of relevant caselaw and brief its clients on important developments.

END_OF_DOCUMENT_TOKEN_TO_BE_REPLACED

On 25 November 2020, the European Parliament approved the final text of a directive on representative actions for the protection of the collective ...