UK Litigation in 2021: Group Actions To The Fore en

Looking back at last year, 2021 was always going to be a year of change for the UK following the end of the Brexit transition period, but the continuation of the COVID-19 pandemic brought further challenges and changes in litigation as elsewhere. Away from the pandemic, however, one of the standout features of 2021 may be the developments in large group litigation in England and Wales and how they have interacted with some of the big issues of the moment.

Collective Proceedings at the CAT Finally Get Certified

One of the drivers behind a greater use of group actions in recent years has been the possibility of collective proceedings before the Competition Appeal Tribunal (the “CAT”), and some of these actions finally took off in 2021. 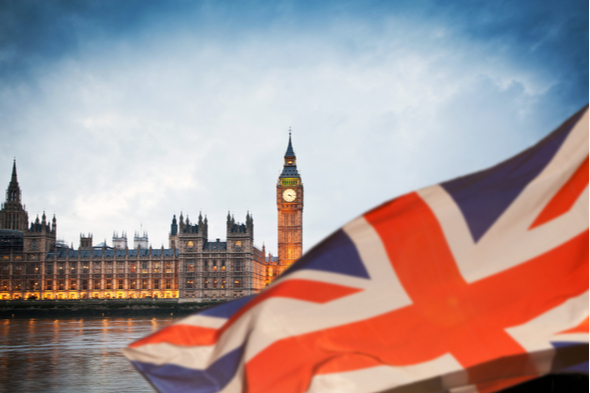 The English system has no traditional equivalent of a US-style class action, and litigation has instead centred on groups where claimants must actively “opt in.” This fits with the compensatory principle whereby damages for a civil wrong are awarded with the object of putting the claimant as an individual in the same position as if the wrong had not occurred. That requires an individualised assessment of damages, as opposed to the damage done to the “class” of claimants overall. That was partially amended in 2015 when a collective proceedings regime was implemented to allow for “opt out” actions to proceed in relation to breaches of competition law before the CAT. Damages can be recovered in these cases without the need to prove that members of the class have individually suffered loss and it is sufficient to show that loss has been suffered by the class as a whole. However, collective proceedings can only progress if the CAT certifies them by issuing a collective proceedings order (“CPO”).

In August 2021, some years after the regime was enacted, the first CPO for an opt-out action was finally issued in Merricks v Mastercard. This case, supported by litigation funding, arises from the European Commission’s finding that certain fees charged by Mastercard restricted competition between banks and resulted in inflated prices for cardholders. Mr Merricks is claiming on behalf of all UK adult consumers who purchased goods or services from businesses in the UK which accepted Mastercard payments over a 16-year period. After the Supreme Court dismissed Mastercard’s appeal regarding the correct certification test in December 2020, the case went back to the CAT and Mastercard did not resist certification outright.

The Merricks decision gave some impetus to other collective actions and momentum has now started to build at the CAT. In September 2021, another CPO was issued for a collective action against BT on behalf of around 2.3 million landline customers for alleged historic overcharging. Further CPOs followed relating to claims against two train operators for an alleged abuse of dominance for failing to make boundary fares sufficiently available to London Travelcard holders.

A number of other opt out actions are awaiting a decision on certification, and the CAT’s workload looks set to increase.

Group litigation also took centre stage in 2021 in the Supreme Court’s judgment in Lloyd v Google. This case demonstrated that group actions are at the forefront of the data litigation wave, but it also clarified the current boundaries of “opt out” actions outside of the competition law context.

The judgment (which is covered in more detail here) was a significant victory for Google and related to a representative action on behalf of millions of iPhone users in the UK for the alleged historic misuse of their personal data.

A representative action allows a claim to be brought by (or against) one or more persons as representatives of others who have the “same interest” in the claim. Some may have hoped that the Supreme Court would sanction a wider and more permissive interpretation of the representative action which would effectively allow for opt out class actions, but that was not to be. The Supreme Court was clear that the compensatory principle still applies and it rejected Mr Lloyd’s argument that damages did not need to be proved individually because there was an “irreducible minimum harm” suffered by each class member. The compensatory principle may have been altered for collective proceedings in competition law (as noted above) but it was still a feature of other group actions under English law, such as Group Litigation Orders and representative actions.

While this case is doubtless a setback for other data protection claims structured as representative actions, the Supreme Court still accepted the commercial value of personal data and sketched out ways of estimating the extent of any unlawful use of this asset. The Court also left the door open for bifurcated proceedings with representative actions to establish liability on a group level (including for data protection), followed by individual claims for damages. The Court acknowledged it may not be economically viable to run such proceedings for claims which are individually relatively small, but it remains to be seen whether there will be some way to make this procedure work.

In any event, group data litigation is likely to become an increasingly important aspect of the litigation landscape. The value of data as a commodity is unlikely to disappear any time soon and litigation over its use and abuse looks set to continue. For instance, 2021 was also the year in which British Airways reached a confidential settlement with seven firms in the group litigation against it over a data breach in 2018, and other group actions of various shapes are working their way through the court system. However, “opt in” actions are likely to be the focus in the near future, even though the Supreme Court has acknowledged the limitations of these proceedings (such as low participation rates or the administrative costs of assembling such groups).

Litigation mirrors the society around it. Therefore, it is no surprise that a prominent theme of 2021 was environmental, social and governmental (“ESG”) litigation. As ESG issues have moved up the global agenda more broadly in the year of COP26, so ESG has become a hot topic in UK litigation and, once again, group actions are driving important parts of this.

This year brought further cases concerning the potential culpability of UK parent companies for the actions of foreign subsidiaries in environmental disasters. In Okpabi v Royal Dutch Shell, the Supreme Court held that two Nigerian communities could bring proceedings against Shell and a Nigerian operating subsidiary for negligence following widespread environmental damage from an oil spill. The Supreme Court decided that there was an arguable case that the UK parent company owed a duty of care to the claimants, and it rejected a generalised presumption that a parent company will not be liable for the acts of its subsidiaries.

In Município de Mariana and Others v BHP Group PLC, the Court of Appeal granted permission to appeal a decision to strike out a claim brought in England by over 200,000 Brazilian victims of the Fundão Dam disaster. Also, in Josiya & Ors v British American Tobacco PLC & Ors, the High Court refused to strike out a claim by Malawian tobacco farmers (who claim to be part of the Defendants’ supply chain) about farm conditions. While these are procedural rather than merits decisions at this stage, they are part of an expanding frontier of litigation opening up against parent companies for the actions of foreign subsidiaries. Group actions may continue to put pressure on multinationals to manage ESG risks across jurisdictions.

Momentum is also building in the emissions litigation. Late in 2021, part of the “Dieselgate” case against Volkswagen was in the High Court again to decide whether the deceit claims can proceed. In that case, over 90,000 claimants are seeking compensation after buying cars from Volkswagen only to find that they emitted more nitrogen dioxide than the company claimed. This is only one of the group actions to emerge from the diesel emissions scandal relating to carmakers’ alleged use of defeat devices to manipulate emissions data, and more are following.

A lot happened in 2021, but group actions seem to have been at the forefront. This may have been the year they finally came of age. One commonality was the role litigation funding has played in a number of these large group actions where individual claimants would often lack the means or incentive to participate on their own. Funding can enable groups (of individuals or corporates) to bring litigation against well-resourced defendants and to fight cases where otherwise the economics would be impossible. The importance of group actions, and funded group actions in particular, looks set to continue.