The new reality of litigation en

Market abuse, market manipulation and price rigging have become anything but rare events in these days when numerous cases of suspicion concerning such practices have been brought to the attention of criminal prosecution authorities. Such accusations not only concern financial markets. The trading of commodities and other non-financial items has also been concerned by abuse, price rigging and similar practices.

Rigging of the Libor & benchmark rates

The accusation that the traders of a number of banks have been manipulating the London interbank offered rate (Libor) has shocked many investors. Several banks have already agreed to pay more than EUR 2 billion in penalties. As if manipulating Libor had not been enough, it also became known that there are on-going investigations by public authorities with regard to the rigging of other international benchmark rates. In May 2013 EU-antitrust authorities - alleging collusion in the determination of prices of crude, refined products and biofuels - have searched the offices of firms active in the trading and pricing of oil, refined products and biofuels.

The scope of suspicion is widening: investors as “price takers” find numerous “markets” to invest in and have reasons to be wary regarding the prices found there. Price and interest rate manipulations easily concern hundreds of billions of Euros. This may in the end even distort the direction a whole economy might take. We know that interest rates are the key allocation factor in a market economy. Any attempt of manipulating or rigging interest rates can create consequences of almost unlimited magnitude for an immense number of market participants. This shakes the foundations of a complex structure. What we used to call “market economy” (with virtues which are often praised by those who are now undermining it) is more and more taking the shape of an endangered species exposed to derisive laughter.

We find a new (or old?) disturbing reality of “markets”. But collusion, rigging and price fixing were known in earlier times. They have been a mass phenomenon in Germany in the 1900s. Back then in the economy of the Reich in the 1900s a high number of sectors were highly concentrated - and also highly syndicated. In the German-style “cartel economy” the determination of prices lay in the hands of a few persons in charge and “market prices” were a matter of illusion. Historians tell us that in order to eliminate market forces even more effectively, trusts were formed and that they turned their “markets” - and subsequently also their clients - into their subordinates. 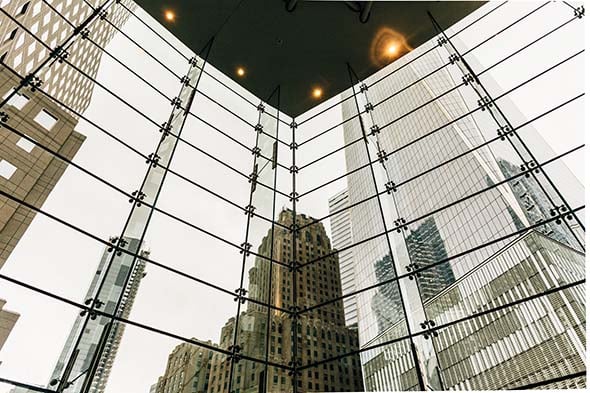 Such a turn in the road was also taken by the US economic history where big trusts such as Standard Oil formed prices according to their will for many decades. US trusts and the big groups of the ”cartel economy” in Germany were not hidden. In contrast to today, they were operating in the open because cartels and trusts were known as such. Today we are more confronted with hidden attempts to rig markets. In finance the asymmetry in the distribution of information between big financial institutions and their customers is difficult to overcome for investors. When they feel that this asymmetry is used against them, they need to litigate in order to level the playing field.

Today investors and banking clients are not only suffering from an asymmetry of information but they are also - and have been - acting on a tilted playing field.

Investors and market participants are dealing with an oligopoly consisting of just a few banks with global reach while at the same time a more and more severe regulation is effectively prohibiting new entrants from access to finance and banking.

The existing big players in finance deploy massive lobbying forces against politics, potential competitors and even clients. In subsectors of the financial industry - e.g. ETFs and trackers - even quasi-monopolistic structures are taking shape with just one player calling the shots.

What we find now is the new reality of so called “markets”. Investors increasingly wake up to this new reality of counterfeit and trickery. Investors have started to fight back. Some have begun to litigate. An Indian property firm has started court action in London in the case of an interest-rate swap and loans against a bank because of alleged rigging of the Libor.

Affiliates of an elderly care home company in the UK have sued an incumbent and are asking the court to invalidate a loss-making interest-rate swap based on Libor. More cases like these can be expected to materialize in the near term. We can assume that more litigation will target other areas where the cardsharpers have also been busy.
This is the new reality of litigation.