The consequences of the CJEU ruling in the Republic of Moldova v. Komstroy case: Achmea 2.0? en

On 2 September 2021, the Grand Chamber of Court of Justice of the European Union (“CJEU”) rendered its much-awaited decision in the Republic of Moldova v. Komstroy case (C-741/19). The CJEU held that intra-EU arbitration proceedings based on the Energy Charter Treaty (“ECT”) are incompatible with EU law. Moreover, the CJEU proceeded to a more restrictive interpretation of the definition of investment protected under the ECT.

The Komstroy judgment continues reshaping the intra-EU investment arbitration landscape, shaken up by the CJEU decision of 6 March 2018 in the Achmea case (C-284/16) and the subsequent Agreement for the termination of intra-EU bilateral investment treaties dated 5 May 2020 (“Termination Agreement”).

In the Achmea decision, the CJEU found that Articles 267 and 344 TFEU excluded an arbitration agreement in an intra-EU bilateral investment treaty. Only a few months after this decision, the European Commission published on 19 July 2018 a communication where it stated that the Achmea ruling was also relevant for the application of the ECT. In line with its long-standing position on the incompatibility of intra-EU bilateral investment treaties, the Commission held that the ECT could not be used as a basis for the settlement of investment disputes between EU investors and EU member states. 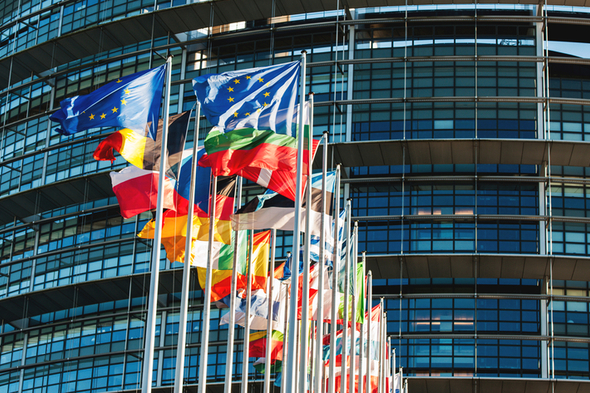 Respondent states have consistently invoked the Achmea decision to challenge jurisdiction in ECT claims. In contrast, the ECT arbitral tribunals were equally not impressed by such arguments, upholding jurisdiction by referring, a.o. to the Achmea decision as explicitly applying to bilateral investment treaties, whereas the ECT is a multilateral treaty.

Unsurprisingly, the European Commission did not hesitate, together with some other member states, to intervene in the Komstroy debate even if it concerned a non-EU investor and a non-EU Member State. They took the opportunity to bring up the validity of intra-EU ECT-based arbitral proceedings, which was also covered by the Opinion of Advocate General Szpunar issued in March 2021, proposing the application of the Achmea findings.

Moldtranselectro only partially paid Energoalians which unsuccessfully attempted to obtain the remainder before the Modavan and Ukrainian courts.

Arguing breaches of the ECT, Energoalians then started Paris-seated ad hoc UNCITRAL arbitration proceedings under Article 26(4)(b) of the ECT. In October 2013, the arbitral tribunal upheld its jurisdiction (challenged by Moldova) and sentenced Moldova to pay 46,5 million USD.

Shortly after the award, Ukrainian company Komstroy bought Energoalians, also acquiring the rights to the award.

The annulment proceedings in France

In November 2013, Moldova filed annulment proceedings with the Paris Court of Appeal. In support of its annulment claim, it invoked two grounds listed by Article 1520 of the French Court: the tribunal wrongly declared itself to have jurisdiction and breach of international public policy.

Before the remanded Paris Court of Appeal, Moldova held that the arbitral tribunal should have declined its jurisdiction in the absence of a protected investment under the ECT. Alternatively, it requested the Court of Appeal to seek a preliminary ruling from the CJEU on the notion of ‘investment’ under the ECT.

On 24 September 2019, the Paris Court of Appeal decided to stay the proceeding and ask the CJEU for a preliminary ruling on the following questions:

Despite Komstroy, the Council of the European Union, the Hungarian, Finnish and Swedish governments disputing the jurisdiction of the CJEU, it nevertheless upheld its jurisdiction based on Article 267 TFEU (§22) and the circumstance that the questions referred to it concerned the concept of ‘investment’ which falls under the EU’s competence (§§25 and 26).

The CJEU recalled that it does not have jurisdiction to interpret an international agreement regarding its application to disputes not covered by EU law. The Court, however, decided to upheld its jurisdiction due to the necessity of uniform interpretation of the EU of the disputed ECT provisions (recalling that the European Union is, as such, a party to the ECT) and the fact that the arbitration was seated in France (Paris). The Court found these circumstances, therefore, called for the application of EU law by the French Courts in post award (annulment) proceedings and pointed out that according to Article 19 TEU, the CJEU is obliged to ensure the EU law compliance of such application (§§33-34)

The CJEU’s judgment starts answering the first question from the Paris Court of Appeal by determining which disputes under the ECT can be submitted to an arbitral tribunal.

Quite curiously, the CJEU proceeds by admitting (§41) that the dispute at hand is between an operator from a third (i.e. non-EU) state and another third state, therefore acknowledging the extra EU nature of the dispute. Then, the CJEU simply states that this does not preclude the CJEU’s jurisdiction and that it cannot be inferred that the relevant ECT provision (Article 26(2)(c)) also applies to intra-EU disputes.

What follows is a strict application of the CJEU’s reasoning in the Achmea case. 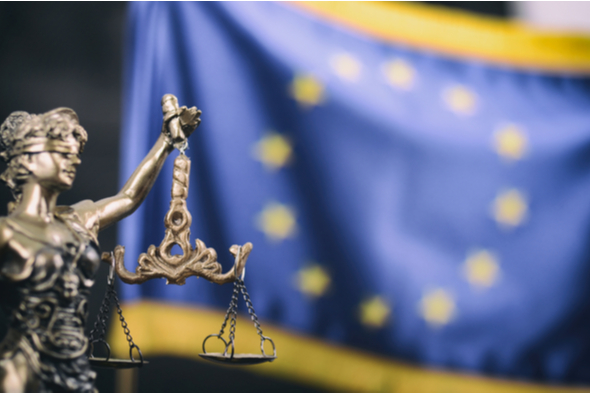 The CJEU first recalls the autonomy of EU law, adding a reference to a European “constitutional framework that is unique to it” (§44), with a specific judicial system including “a dialogue between […] the Court of Justice and courts and tribunals of the Member States” (§46) to ensure consistent and uniform application of EU law.

Then, the ECJEU examines the conditions set out in the Achmea ruling to determine whether ECT arbitration (as provided in Article 26 ECT) is an EU law-compliant dispute resolution mechanism.

The CJEU concludes (§66) that Article 26(2)(c) must be interpreted as not being applicable to intra-EU ECT disputes, therefore undoubtedly extending its Achmea findings.

Finally, the CJEU turns to the initial question of the Paris Court of Appeal on the interpretation of the notion of ‘investment’ under Article 1 (6) and 26 (i) ECT and concludes (§85 and 87): “ […] that the acquisition, […], of a claim arising from a contract for the supply of electricity, which is not connected with an investment, […], does not constitute an ‘investment’ within the meaning of those provisions”.

To determine whether there is an ‘investment’ under Article 1 (6) ECT, the CJEU holds that two cumulative conditions should be fulfilled (§69): first, that the contract involves an asset of a type owned or controlled directly or indirectly by an investor and, second, that it includes at least one of the elements referred to in paras. (a) to (f) of Article 1(6) ECT[1], specifically Article 1(6)(f) and Article 1(6)(c) in the case at hand.

The CJEU finds that the first condition is met: a claim arising from a contract for electricity supply constitutes an asset held directly by an investor. 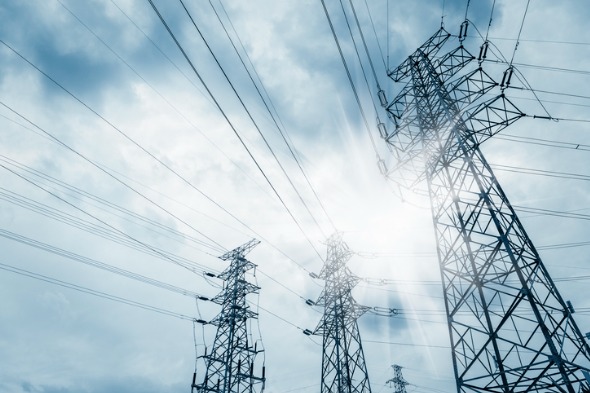 However, on the application of article 1 (6)(f), the CJEU sides with the Advocate General and decides that “ […] a claim arising from a mere contract for the sale of electricity cannot, in itself, be regarded as having been granted in order to undertake an economic activity in the energy sector” (§72).

It also decides that (§79) “ [..] a mere supply contract is a commercial transaction which cannot, in itself, constitute an ‘investment’ within the meaning of Article 1(6) ECT, irrespective of whether an economic contribution is necessary in order for a given transaction to constitute an investment” (emphasis added), therefore denying the application of Article 1(6)(c) and not relying on the contribution criterion to define the notion of ‘investment’ as discussed before and questioned by the French courts.

Although the ECT only deals with the energy sector, it is a field of increasing importance in light of the climate change debate. The ECT also occupies a leading place as one of the most frequently litigated investment treaties, giving rise to high-stake arbitral awards. In an intra-EU context, ECT disputes have also been gradually increasing.

It remains to be seen how arbitral tribunals (e.g. in an ICSID setting) will deal with the Komstroy decision, as there is little doubt that respondent states will largely invoke it. One may also expect an increase in post-award proceedings (annulment or enforcement), where respondent states may seek a second chance to overturn awards where they previously unsuccessfully relied on the Achmea decision. This could force claimants to enforce positive awards in arbitration-friendly non-EU countries, where it remains uncertain how local courts will deal with the Komstroy decision. It cannot be predicted whether these courts will all follow the US Federal Court’s findings (confirmed in appeal) in the Micula v. Romania case deciding in favour of enforcement of the arbitral award in the US, notwithstanding Achmea objections. It seems that this will continue creating conflicting views and legal uncertainty. The establishment of a specialized European Investment Court could be a solution to stabilize a viable framework for intra-EU investment disputes.

The CJEU’s narrower interpretation of ‘investment’ appears to stem from its consideration that the types of investments listed in Article 1 (6) ECT offers very little room for interpretation and is therefore exhaustive.

In the ongoing negotiations on the modernization of the ECT, some heated discussions may therefore be expected.

[1] Article 1 (6) reads : “Investment” means every kind of asset, owned or controlled directly or indirectly by an investor and includes:
(a)     tangible and intangible, and movable and immovable, property, and any property rights such as leases, mortgages, liens, and pledges;
(b)     a company or business enterprise, or shares, stock, or other forms of equity participation in a company or business enterprise, and bonds and other debt of a company or business enterprise;
(c)     claims to money and claims to performance pursuant to [a] contract having an economic value and associated with an investment;
(d)     intellectual property;
(e)     returns;
(f)     any right conferred by law or contract or by virtue of any licences and permits granted pursuant to law to undertake any economic activity in the energy sector. […]”