On 25 November 2020, the European Parliament approved the final text of a directive on representative actions for the protection of the collective interests of consumers (the “Directive”), which has now been published in the EU’s Official Journal. The Directive, which is the result of several rounds of proposals within the EU institutions dating back to 2018, aims at ensuring that at least one representative action procedure is available to consumers in all Member States.

Under the current consumer protection regime on the EU-level, particularly within the scope of the Injunctions Directive (2009/22/EC), there are no specific provisions for collective redress, and as a result collective cases by groups of consumers are rare. Furthermore, there are major differences in the approach and possibilities of pursuing collective actions in different EU Member States. 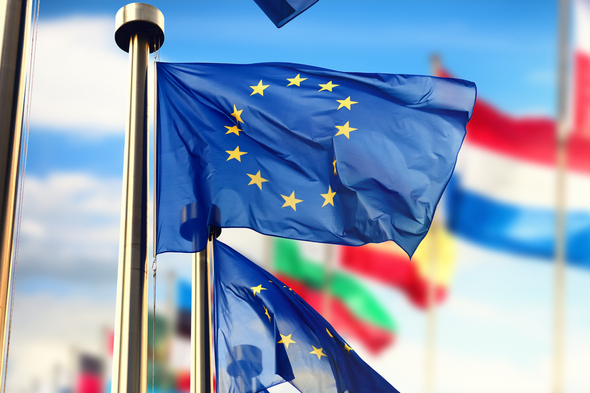 Each Member State can decide whether to implement the collective redress mechanism through opt-out or opt-in proceedings. However, in case a cross-border representative action is brought through opt-out proceedings, Member States must ensure that individual consumers who are not residents of the Member State where the action is brought, explicitly express their will to “opt-in” to an action in order to be bound by its outcome.

According to the European Parliament, a major driver for these new rules is the expense and length of court proceedings for (individual) consumers, and the emergence of major scandals such as ‘Dieselgate’, affecting cross-border groups of consumers. Whereas Dieselgate has led to a plethora of – both individual and collective - actions running in parallel in different Member States (Germany, UK, Belgium, …), the introduction of a cross-border representative action aims to streamline and facilitate redress for the victims of large-scale breaches of consumer rights.

EU Member States now have two years to transpose the directive into national law and a further six months to begin applying the provisions. As a result, consumers will likely not begin benefiting from the new provisions until around the end of 2022.

The Directive institutes a “loser pays” rule, which means that the defeated party in a representative action must pay the costs of the successful side in the case, subject to any conditions or limitations under national law (article 12.1). This is meant to prevent frivolous and/or abusive lawsuits by qualified entities, and to even the playing field. In effect however, this could preclude qualified entities with limited resources from launching cases where the merits are good, without the possibility of external funding.

Article 10 of the Directive governs how Member States should deal with third party funding of a representative action for redress.

In addition to the above, the Directive further elaborates on two specific aspects related to third party funding.

Firstly, the Directive provides that decisions of the qualified entities bringing the representative action, including on settlements, must not be unduly influenced by third parties, in a way that would be detrimental to the collective interests of the consumers (art. 10.2.a). Whereas we can easily grasp the idea behind this provision, it is less straightforward to define what degree of influence exercised by a third-party funder would or should be considered as “undue”. Outside the framework of consumer collective redress, it is largely accepted that a litigation funder may retain some control over the case, e.g. through contractually negotiated consent rights.

For example, in the Akhmedova case the High Court of England and Wales recently confirmed (once more) that a litigation funder is not forbidden from having certain rights of control. The fact that the plaintiff, Mrs. Akhmedova, needed to obtain the prior consent of her litigation funder before entering into a settlement pursuant to the terms of the litigation funding agreement, was deemed a perfectly normal protection of the funder’s contractual rights by the Court (read more about the Akhmedova case here).

The language used in the Directive implies that a certain yet limited degree of control by the third-party funder is permitted. The notion of “undue influence” is however subject to interpretation and the transposition of this provision into the Member States’ national laws may vary. This could prove to be problematic given the cross-border nature of the representative action, which the Directive aims to govern.

Secondly, with regard to potential conflicts of interest, the Proposed Directive provides that Member States must ensure that they avoid a situation wherein a representative action, funded by a third party, is brought against either a competitor of said third party, or a defendant on whom the third party funder is dependant (art. 10.2.b). One can easily imagine the potential conflicts of interest inherent to such situation. The collective redress mechanism should indeed not be (ab)used as a tool to gain an unfair competitive advantage over another party.

The Directive leaves it up to the Member States to decide on the sanctions that will apply in case of non-compliance with the provisions relating to the funding of representative actions (art. 10.3 - 10.4). The sanctions may go as far as obliging the qualified entity to change its source of funding, or even depriving the qualified entity of legal standing in a specific action (albeit without affecting the consumers’ rights).

It will be interesting to monitor how the third-party funding related provisions of the Directive are transposed into the national laws of the individual Member States. That being said, we are convinced that the possibility for qualified representative entities to obtain third-party litigation funding would prove to be beneficial for the cross-border enforcement of consumer rights. Without sufficient financial firepower, the number of cases that a qualified entity can pursue will be limited, particularly in light of the risks associated with the “loser-pays” rule. Third-party funding can help to achieve the purpose of the Directive.

Since businesses and professionals cannot benefit from joining actions under the new rules, they must continue to consider their options, which will vary based on particular circumstances and jurisdiction.

[1] Directive (EU) 2020/1828 of the European Parliament and of the Council of 25 November 2020 on representative actions for the protection of the collective interests of consumers and repealing Directive 2009/22/EC.

Jasmin Hansohm is a Legal Advisor. Jens Benoot is a Senior Legal Counsel at Deminor.

END_OF_DOCUMENT_TOKEN_TO_BE_REPLACED

The incoming coalition of Social Democrats, Greens and Liberals has pledged to improve access to justice, modernise civil procedure, and strengthen ...