On 2 February 2022, the General Court confirmed the European Commission (“EC”) decision of 27 September 2017 fining Scania EUR 880.5 million for participating in collusive arrangements aimed at restricting competition on the market for medium and heavy trucks in the EEA. The truck cartel members coordinated prices and gross price increases between 1997 and 2011 and colluded on passing on the costs of compliance with stricter emission technologies.

The contested EC decision was adopted following a ‘hybrid’ procedure as Scania, unlike the other five involved truck manufacturers, refused to settle the case with the Commission in 2016. The EC therefore pursued its investigation as regards Scania under the standard administrative procedure and adopted a settlement decision as regards the other cartel participants.

Scania argued that the use of such a ‘hybrid’ procedure by the Commission violated its presumption of innocence and rights of the defence. This was rejected by the General Court which held that the Commission is entitled to adopt a settlement decision as regards the parties which have decided to enter into a settlement and then go on to adopt a decision following the ordinary procedure in respect of the parties which decided not to enter into it.

The Commission’s conclusion as to the existence of a single and continuous infringement imputable to Scania was also upheld by the General Court, which observed that the various instances of conduct identified formed part of an overall plan designed to achieve a single anti-competitive objective.

It is clear from the Court decision that Scania’s argument that a single and continuous infringement must include instances of conduct which, when considered in isolation, constitute an infringement of Article 101 TFEU, must be rejected. In the present case, the General Court finds that the Commission had established to the requisite legal standard that the collusive contacts which took place over time at different levels, in particular at top management level between 1997 and 2004, at lower headquarters level between 2000 and 2008, and at German level between 2004 and 2011, taken together, formed part of an overall plan with a single anti-competitive aim. The fact that Scania’s employees who participated in the collusive meetings were not aware of the meetings at other levels was of no relevance to the finding that there was an overall plan to restrict competition. Awareness of the existence of such a plan must be assessed at the level of the undertakings involved and not at the level of their employees.

Interesting learnings on the qualification of restriction of competition by object

In its fourth and fifth pleas in law, Scania also complained that the Commission failed to explain why certain exchanges of information constituted a restriction of competition by object. Restrictions of competition by object relate to actions that by their very nature reveal a sufficient degree of harm to competition that it may be found that there is no need to examine their effects. According to the Court,

“it is established that certain collusive behaviour, such as that leading to horizontal price-fixing by cartels, may be considered so likely to have negative effects, in particular on the price, quantity or quality of the goods and services, that it may be considered redundant, for the purposes of applying Article 101(1) TFEU, to prove that they have actual effects on the market. Experience shows that such behaviour leads to falls in production and price increases, resulting in poor allocation of resources to the detriment, in particular, of consumers”[1]. 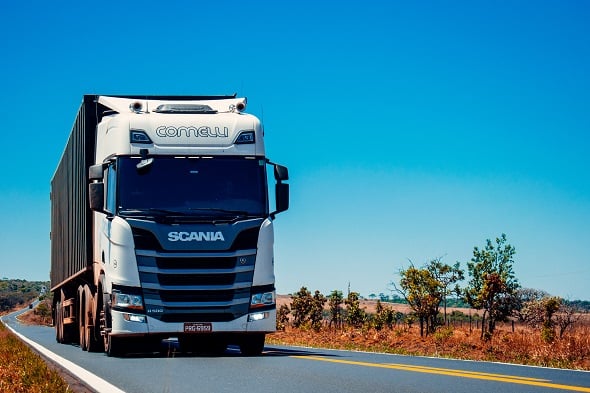 Scania’s argument that the information exchanged at German level did not constitute a sufficient impediment to competition for it to be classified as a restriction by object was also rejected by the General Court, which analysed the merits of the Commission’s assessment and concluded that it was right to consider those as anticompetitive by object. The Court indeed defends that the Commission’s file contains many pieces of evidence demonstrating that the discussions at German level on gross price increases were clearly prospective in nature and were intended to remove uncertainty as to competitors’ future pricing policy. The Court also relies on various examples to establish that several exchanges of information set out in the contested decision show that the price increases discussed during those exchanges applied to orders made after those exchanges.

The General Court goes on by quoting the Dole Food case-law[2] of the European Court of Justice according to which “an exchange of information which is capable of removing uncertainty between participants as regards the timing, extent and details of the modifications to be adopted by the undertakings concerned in their conduct on the market must be regarded as pursuing an anticompetitive object”. The General Court then states that, as the Court of Justice has held , “subject to proof to the contrary, which the economic operators concerned must adduce, it must be presumed that the undertakings taking part in the concerted action and remaining active on the market take account of the information exchanged with their competitors in determining their conduct on that market”[3].

Interestingly, the Court further emphasises that in the contested decision, the Commission examined the impact of the price increases at European level on prices at national level and noted that

“manufacturers’ national distributors such as Scania DE are not independent in the setting of gross prices and gross price lists and that all the prices applied at each stage of the distribution chain up to the end consumer derive from the EEA-wide gross price lists set at headquarters level”[4].

The General Court’s dismissal of Scania’s attempt to overturn the Commission’s EUR 880.5 million fine for its participation in the truck cartel confirms that Scania, just as the other truck manufacturers involved in the cartel, must be held liable for the harm caused to the victims of the anticompetitive conduct. This decision will not only comfort purchasers of Scania’s trucks in their fight for compensation, but also offers more information on the functioning of the cartel to the other claimants who could previously only rely on the very limited information provided in the settlement decision.

On 31 January 2019, the European Commission (“EC”) announced that it had sent a Statement of Objections to eight banks suspected of participating in ...