French Government vs Renault: Do as I say, don’t do as I do en

Various attempts to proclaim the « one share, one vote » as a core principle of European company law have failed so far. In the meantime, certain European governments and parliaments have grown bolder and have taken initiatives to enshrine exceptions to this principle in their national legislations. Those initiatives were - rightfully in my opinion - often confronted with investors’ criticism.

The Florange Law and a step further

After having enacted the Florange Law in March 2014, which grants double voting rights to shares registered for more than two years (subject to a special majority of shareholders not opposing it), the French Government recently went a step further to secure its grip over Renault, the French car maker, thanks to those double voting rights.

The board of directors of Renault was among those opposed to such departure from the “one share, one vote” principle. Instead, they proposed to the Renault shareholders to approve the inclusion of this principle in the company’s articles of association during the annual general meeting of 30 April 2015. As part of their arguments, they were insisting on the need to preserve the subtle balance existing with the Nissan Group. Such a proposal required the support of shareholders representing two-thirds of the votes at the general meeting. The French Government owned 15% of the Renault shares. The Nissan Group also owned 15% of the shares but without voting rights.

The Government, represented by its Minister of Finance who is a former investment banker, rejected this proposal. But with a little bit less than 18% of all voting rights, the French Government was not certain that it could represent a blocking minority (one-third of the votes at the meeting). 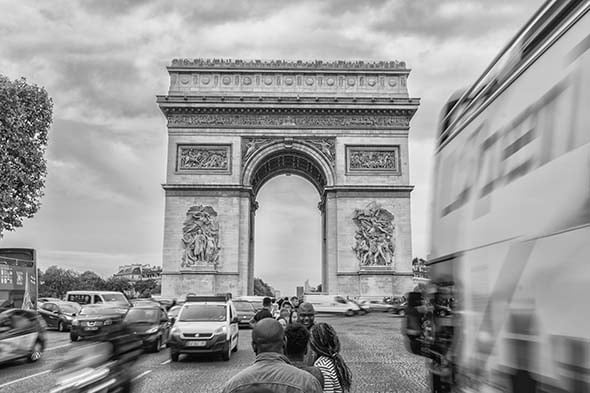 In order to impose its views, the Government apparently had no “political” or “ethical” issues with relying on “mechanisms” it had regularly criticized when they were used by private investors.

The Government spent more than €1 billion to buy additional Renault shares (close to 5% of the share capital) ahead of the general meeting. But this purchase was anything but a long-term investment:

A notification published by the French Autorité des Marchés Financiers on 16 April 2015 provides more details on this operation which involves put and call options between the French State and Deutsche Bank AG with respect to 14 million Renault shares.

The proposal of the board of Renault, supported by the investor community, was eventually rejected since more than 39% of the votes at the general meeting, including the French State’s votes, were against it.
In other words, the French Government relied on short-term “stock market” tactics to achieve long-term political objectives. This may be the irony to this story: the double voting rights were included in the Florange Law under the section called "Measures to support long-term shareholding”.

There is of course nothing wrong with buying shares on the market, even for a short period of time, nor with entering into option transactions. This is a raison d’être of financial markets: to offer liquidity to investors. And those who sold the Renault shares to the French State probably were not interested in the outcome of the vote at the general meeting.

We should therefore assume that the next time there will be an interest to acquire a French listed company, the French Government will make sure that the same rules work properly and will not interfere while invoking “national interests” or similar reasons.

The credibility of a government does not only rest on what the government says but also on what it does.

In recent months, shareholders have increasingly been calling for enhanced corporate governance and sustainability measures in companies. Such active ...

END_OF_DOCUMENT_TOKEN_TO_BE_REPLACED

On 31 January 2019, the European Commission (“EC”) announced that it had sent a Statement of Objections to eight banks suspected of participating in ...