Pink Floyd’s album “The Final Cut” took its inspiration from Roger Water’s father who had died during World War II. Later the band was busy with another kind of battle in courtrooms and in the media. The object of the ensuing dispute was the most important asset of Pink Floyd: its globally known multi-million-Dollar-brand name.

In the defense of a most precious asset

It all started in 1985 when — after all four band members had already pursued solo projects — Roger Waters had announced that he was leaving Pink Floyd and for him this decision was synonymous with disbanding the band. His former colleagues Gilmour and Mason however did not share his view. The other band members continued to perform under the name “Pink Floyd”. In 1987 the first album of the “Post-Waters-Era” was published bearing the title “A Momentary Lapse of Reason”.

After some good battles in courtrooms and fights in media, a settlement was eventually reached.

The settlement determined that Waters would be able to continue to perform the songs conceived by him while he was with the band, as well as new solo material. The other musicians would not stop performing as Pink Floyd. 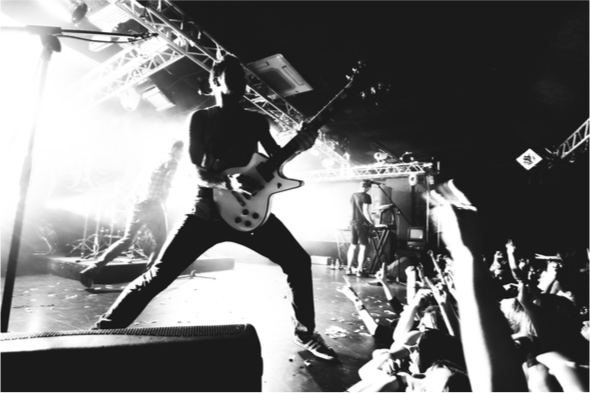 In 2013 Rolling Stone magazine ran an article about Roger Waters. Referring to an interview of Roger Waters in BBC, the music magazine mentioned that in the meantime Waters more or less regrets that he had taken these actions against the remaining band. When he back then told his bandmates that “the thing is over, Pink Floyd is no longer existing”, these musicians acted like well-trained economists resp. lawyers (or even Damage Recovery experts) while remaining undeterred:

It is a label and it has commercial value. You can’t say it’s going to cease to exist . . . you obviously don’t understand English jurisprudence, Waters was told.

Credence Clearwater Revival (CCR) was a band famous for its Southern “Swamp” rock style, although the band members — including lead singer John Fogerty with his characteristic rough voice — came from Berkeley in California where the band had started making music at El Cerrito junior high school. Credence Clearwater Revival became one of the most preeminent bands of the sixties and seventies until it disbanded in 1972. While the band members followed other projects, there was however a “Bad Moon Rising” over a good number of federal court buildings during the subsequent years and more than a handful of lawyers filled folders with hundreds of kilograms of paper with smart legal reasoning printed on it.

In his solo-career, John Fogerty had published “The Old Man down the Road”. The song was soon leading to a bizarre court battle in an obscure corner of US copyright law with Saul Zaentz, owner of the band’s former label Fantasy Records. Mr. Zaentz owned the copyright to a song called “Run through the Jungle”. He sued Fogerty because he believed that the song “The Old Man Down the Road” was not different from “Run Through the Jungle”, which came equal to stating that Fogerty, the author of the new song, had plagiarized an own song to which he didn’t own the copyright. In the end, Fogerty prevailed in court in 1988. Then in 1994 Fogerty even managed to recover more than one million USD in lawyer’s fees after getting a Supreme Court decision.

However, for the readers of our Damage Recovery Blog it may be much more interesting to learn that the band members of Credence Clearwater Revival were also exposed to severe financial distress. This situation occurred as a consequence of an ill-advised investment decision in a tax sheltered vehicle at Castle Bank & Trust of Nassau in the Bahamas. When the bank was dissolved, the investment of the band members appeared to have been evaporated. It also appeared that not all band members were informed about this fatal investment decision. They were trying to recover their investment through litigation that was started in 1978. The lawsuits eventually ended with a court decision, which awarded USD 8.6 million to the band members. The effective recovery rate of the investment recovery is not known, but it is reported that it has been rather unimpressive.

It required some hard Zen training for the Canadian singer, songwriter and poet Leonhard Cohen to endure the almost complete loss of his financial assets and to start a massive recovery action to regain at least part of it. Sylvie Simmons, a biographer of the artist (“I’m Your Man — The Life of Leonhard Cohen”), gives us the story in full detail:

The poet and singer-songwriter had been happy to let Kelley Lynch, a friend and business manager handle his earthly affairs. To that end, she had been given a broad power of attorney over Cohen’s finances. When in October 2004 Leonhard Cohen received a phone call from his daughter, Lorca, he heard about an enigmatic conversation his daughter had with an employee of his business manager Ms. Lynch. The employee warned Lorca that Leonhard should urgently check his bank accounts. After having flown back home from Montreal to Los Angeles, the singer indeed made the discovery that substantial sums of money had disappeared from various bank accounts. 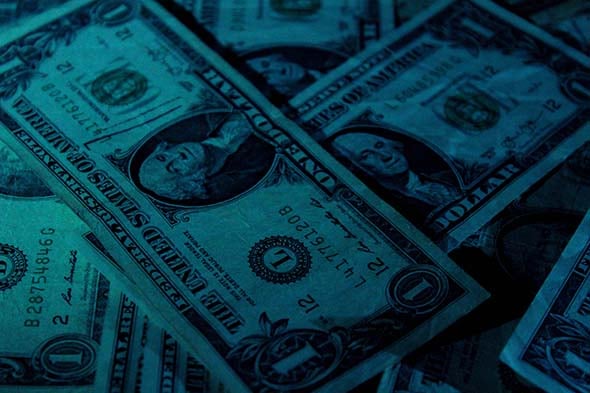 Cohen’s biographer writes that in a first reaction he had wanted to walk away from the whole thing because he did not want to be involved in distractive and time consuming litigation. This passive attitude to damage recovery however was not possible. Large sums of the missing money had made up investments in retirement accounts and charitable trust funds, which left the singer liable to substantial tax payments — while there was no more money left to cover these liabilities.

In a declaration in support of default against his former manager filed at the Los Angeles Supreme Court in May 2006, Cohen stated that he had inaugurated a forensic accounting investigation. This investigation had revealed that in excess of USD 7 million had been illegally and fraudulently taken from private accounts and from the accounts of legal entities of which the singer was the sole owner (The Leonhard Cohen Family trust, his estate planning firm Leonhard Cohen Investments, LLC) or the economic beneficiary (Traditional Holdings).

Cohen — back then already beyond retirement age — was forced to go back to work. The singer was broke and had to meet the obligation to rebuild his finances.

The fraudulent activity could be probably dated back until 1996, the same year Leonhard was ordained as a Buddhist monk. A sale of the record royalties for USD 8 million to Sony which had been conducted in 2001 was adding to the damage. This transaction was also organized by the former manager and other aides back then. There was some evidence that this transaction was unnecessary.

After having made up his mind, Leonhard Cohen started various court actions against his former business manager and other aides. In May 2006, the Supreme Court awarded a default judgment against Lynch for USD 7.3 million. Some of the monies were recovered, but not the total amount.
Leonard Cohen’s business manager after having been fired found a new role.

It consisted in harassing the artist sending emails, entering comments in board discussions and making phone calls to the artist and people close to him. In 2012 Kelley Lynch has been jailed for 18 months for harassing the singer-songwriter in violation of restraining orders.
Seven years earlier, during his personal financial crises the singer had an appearance in a short film with the title “This Beggar’s Description”. The soundtrack of the film was constituted by Leonhard Cohen songs that he also no longer owned.