Could shadow banking stop the rise of China as a financial super-power? en

How China brilliantly took advantage of the situation to re-deploy its politic and economic influence within less than 20 years.
SHARE

Everything, or almost everything, has been said, written or lectured about the current financial crisis in the West: too much cheap money on the market leading to high-risk high-return financial products, poor enforcement of financial regulations making a “greed is good” behavior socially acceptable, and financial institutions who are just “too big to fail”.
This black-swan phenomenon has not only led to internal policy debates in the West but is also re-shaping to some extent international relations between, notably, the West and China. One could argue that China is becoming a super financial power thanks to its robust growth during the last twenty years, accumulating zillions of dollars in reserves, while others will only see a mirage about to collapse in the light of weak governance practice in its banking sector.

1987: Main Street meets with Wall Street, the suspenders of Michael Douglas and exotic words like take-over, margin calls and insider trading. At the very same time, the tandem Reagan-Thatcher, intellectually fueled by the works of Friedrich Hayek, was implementing on both sides of the Atlantic a certain vision of the neo-liberal state.

Two years later, a black swan — again — appeared in the sky: the wall of Berlin felt. The paradigm on the basis of which the world order has been shaped since 1945 disappeared all of a sudden. The preeminence of the Anglo-Saxon model of the late 80s, together with the quasi-hegemonic leadership of the West in a relatively peaceful global environment, turned the 90s into a golden area for market-believers. As long as the music goes on, the guests keep dancing. What broke the machine? An ideological belief created by the West: the party cannot stop, the market cannot fail, and risks (if any) can always be hedged. 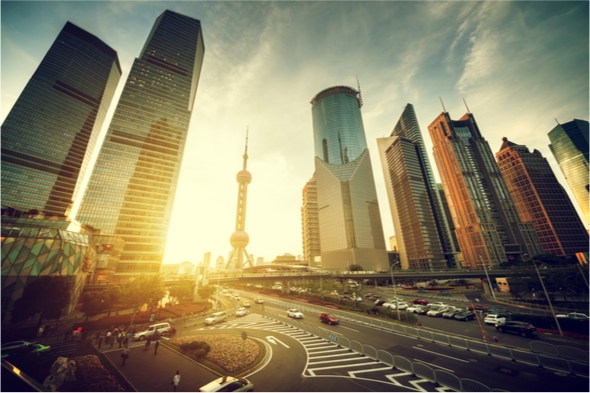 This leads actually to a turning point: one cannot think anymore that the financial Western system is working in every circumstance. The world in 2013 is inter-connected or “flat”, and China took brilliantly advantage of this situation to re-deploy its politic and economic influence within less than 20 years. One of the key questions, among others, is to determine whether China has laid down sound and solid foundations to sustain its rising status as a leading financial powerhouse.

It’s not a secret that Western observers are increasingly questioning the robustness of the Chinese financial sector. This is not a theoretical question: there is very little doubt that the default of one of the Chinese big four banks will have enormous consequences on the international markets, let alone China.

It’s estimated to be in the region of USD 6 billion. Retail or larger merchants routinely turn to unregulated micro-credit operators if a classic bank refuses to grant them a loan, mainly because of their credit profile. Surprisingly — at least by Western banking standards, lending is done by individuals in their own names, and not by companies.

These loans are then syndicated in a portfolio through various trust agreements and special purpose vehicles, which are in a second stage re-packaged by banks in financial products distributed to the attention of wealthy individuals looking for higher returns than cash-deposits (whose benchmark is set by the banking regulator). Besides the micro-credit operators, we are indeed observing more and more solicitations from classic banks to lure attractive customers through wealth lightly- or unregulated financial products (including re-packaged portfolios of micro-loans). Money raises by the banks from this wealth management products will be used to finance risky projects (mostly property developments), or in other words, projects that would not have been financed by a classic loan guaranteed by some form of collateral.

What do we have? A spicy recipe: a succession of high risks loans with no collaterals; absence of regulations; structuration of opaque structures and intermediaries taking a cut on the way without bearing any risk; a shift of money from regulated products to unregulated ones. In a nutshell: lending of millions outside the scrutiny of the Chinese regulator, who refers to shadow banking as “fundamentally a Ponzi scheme”.

A default on one product could provoke the collapse of the entire pyramid. And then we get back to the fundamental question whose answer could influence the prospects of the world economy for the next twenty years: who will / can bail out the Chinese banks if they fail? Only a super strict enforcement by the regulators could avoid this black-swan to appear in an already grey sky.