The German Federal Court of Justice’s landmark Lexfox/Wenigermiete decisions in November 2019 and April 2020 opened the way for legal tech companies holding debt collection licenses to carry out certain services formerly limited to lawyers. 2021 brought a number of further liberalisations to the legal market. The German legislature codified a new regime directly changing the legal framework for various aspects of litigation funding and collective redress in Germany. Another example of the more liberal landscape in Europe’s largest jurisdiction was the recent Airberlin decision of the Federal Court of Justice, greenlighting the assignment of claims model, which had previously been heavily disputed in several high-profile cases. The continuous modernization of the market for legal services won’t stop here. Germany’s new government’s coalition agreement will lead the way to more flexibility, more competition among providers, and more options for efficient private enforcement in collective actions.

In Germany, for many years, only lawyers were allowed to provide legal services. The aim of this strict prohibition was to protect those seeking legal assistance from unqualified legal advice. When the Legal Services Act went into force in 2008, the monopoly created by the prohibition started to crumble. The new statute allowed debt collection service providers to provide certain legal services to their clients, at least outside of a court proceeding.

Yet, the line between those services only lawyers could provide and those that were also open to debt collection service providers was heavily disputed. In its Lexfox/Wenigermiete decisions (27 November 2019 – VIII ZR 285/18; and 8 April 2020 – VIII ZR 130/19), the Bundesgerichtshof (German Federal Court of Justice) decided to interpret the concept of “debt collection services” broadly. This was in line with the intention of the German legislature when it enacted the Legal Services Act, which sought to fundamentally reorganise the law regarding legal services in line with overarching policies enacted to deregulate and liberalise the sector. The court emphasized that "a rather generous view" should be applied when interpreting the term "collection service management", which should allow the development of new, innovative professional profiles and services. 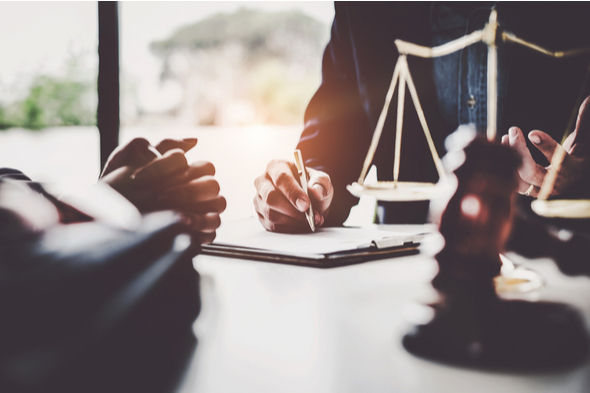 The plaintiff Lexfox was a Berlin based legal tech company that reclaimed overpaid residential rent for consumers using an online registration tool and automated procedures in return for a share in the profits. If the respective landlords did not agree to out-of-court repayment, Lexfox would initiate court proceedings on behalf of the affected residents. The defendant argued that the service Lexfox provided was the first step for court proceedings and that, as such, only lawyers were eligible to provide this service. The court found that LexFox’s business model should be regarded as a legal service within the meaning of the Legal Services Act, and that the court of actions Lexfox brought were within the scope of the debt collection license it had obtained.

At present, Germany has no general codified class action system. Certain exceptions exist, notably the Kapitalanlegermusterverfahren (Financial Investors Model Proceedings) for violations of securities law and the Musterfeststellungsklage (Model Declaratory Action) for certain wrongdoings affecting large groups of consumers, but both types of action have a limited scope, are designed as purely opt-in mechanisms, and are limited to declaratory judgments.

In order to bundle and collectively enforce claims, creative lawyers came up with the assignment of claims model. In this model, claimants assign their claim to an SPV, which then serves as the plaintiff in litigation. It can be used to bundle the claims of hundreds or even thousands of victims in one action with only one plaintiff. The particular advantage of an assignment of claims is that a legal proceeding can be managed more efficiently. Instead of thousands of individual plaintiffs, there is just one. The assignment of claims model is often used as a legal tool, especially in the context of the private enforcement of antitrust claims and mass consumer litigation.

Recently, two German lower courts found in parallel proceedings that the assignment of claims model was inadmissible. These courts held that under certain circumstances, the chosen model could result in a conflict of interest to the detriment of the individual claim holders and, because of that finding, dismissed the claims. In addition to a number of rather technical arguments, the courts argued that the SPV used as the claim vehicle exceeded the scope of its authorisation as a debt collection service provider by offering not only out-of-court collection of outstanding, undisputed claims, but also enforcement of the disputed claims in court.

In its Air Berlin Inkasso decision (Judgment of 13 July 2021 – II ZR 84/20), the highest German court ruled differently and argued that the assignment of claims model was valid. In that case, several consumers had purchased flight tickets from an airline company shortly before it became insolvent and ceased operations. In order to reclaim their flight fees, the claimants assigned their claims to a claim vehicle for enforcement in court. The legal tech company that collected and bundled the individual claimholder’s claims offered to fully fund the collections. It agreed to assume all costs and financial risks in connection with the enforcement in return for a 35% share in the net proceeds.

In this case, the Federal Court of Justice found that the assignment model was in line with the Legal Services Act, even if the purpose of the assignment was to claim damages in court from the very start. It argued that in court, the claim vehicle is represented by a lawyer who ensures the necessary qualified legal advice. The court further held that the debt collection service provider’s fundamental right of professional freedom must be taken into account and cannot be restricted without sufficient justification. The court found that any potential conflict of interest that may arise between the damaged parties and the claim vehicle or conflict of interest between holders of stronger and weaker claims are offset by other advantages of the assignment model, such as efficiency gains.

In August 2021, the "Act to Promote Consumer-Oriented Offers in the Legal Services Market", passed the Bundestag (German federal parliament). The law went into force on October 1, 2021.

One main focus of the new law was the regulation of legal tech companies that specialise in the mass enforcement of individual claims in the consumer market. In the future, debt collection service providers, which these companies mostly operate as, will have to comply with a number of transparency obligations to allow the consumer to clearly see the content, potential costs and other essential conditions of the services offered, as well as potential alternative enforcement options. If the provider cooperates with an external litigation funder to hedge cost risks, the cooperation and the existing agreements must be disclosed to the customer. In addition, the procedure for registration as a debt collection service provider will be expanded and transferred to a uniform supervisory body at the federal level by mid-2022.

At the same time, the new regulation expressly clarifies that the mere fact that certain reporting obligations exist regarding a participating litigation funder does not create a conflict of interest prohibiting the offering of the these legal services under the law. Defendants in group enforcement actions had argued that was the case, and that argument has now explicitly been invalidated. This is the first time the federal legislature has specifically addressed the issue of litigation funding.

The new law expands the concept of "legal service" in the Legal Services Act that regulates debt collection service providers to specifically include “the legal examination and advice related to the recovery", confirming the Federal Court of Justice’s reasoning.

In addition, lawyers’ fees are cautiously liberalized. When enforcing certain monetary claims up to an amount of EUR 2,000, lawyers are now entitled to agree to contingency fees with their clients. However, this is limited to activities in judicial dunning proceedings and out-of-court debt collection, and thereby deliberately creates a certain synchronization with the services of debt collectors.

The original government draft went even further and allowed lawyers to assume the cost risk of litigation for their clients, i.e., to offer them litigation funding services up to certain amounts in dispute in regular court proceedings. This was dropped in the legislative process after lengthy negotiations. The German Federal Bar Association, among others, had strongly criticized the plans and warned of a commercialization of the legal market that could be detrimental to the whole profession.

As a consequence of these new plaintiff-friendly developments, collective redress in Germany will undergo major changes in the future. These developments will, overall, lower the bar to access to justice and allow new business models to develop.

The transformation of the market for legal services and collective enforcement in Germany is an ongoing project. The new law directly changes the legal framework for various aspects of litigation funding and collective redress in Germany. However, far from being complete, the reform of the legal services market in Germany is just beginning. According to the explicit will of the Bundestag and Bundesrat (upper house of the German legislature), the legal framework is to be evaluated after three years and expanded if necessary. The legislature wants to create space for new business ideas and legal tech start-ups to develop innovative services and offer them to those seeking legal advice. The further development of the market for modern legal enforcement services supported by legal technology as well as the related case law will play an important role in shaping this new landscape.

This goes hand-in-hand with the new German government’s reform plans for civil justice (find our brief analysis of the individual projects mentioned in the coalition agreement here). Among other things, the coalition of Social Democrats, Greens, and Liberals wants to expand collective enforcement mechanisms, deregulate and support legal tech companies, and modernize the professional attorneys’ law to allow for more flexible fee arrangements. It looks like 2022 will be yet another year of interesting developments in the field of legal services.

END_OF_DOCUMENT_TOKEN_TO_BE_REPLACED

For more than a decade Deminor has been at the forefront representing private and institutional investors in high-profile non-US securities actions. ...